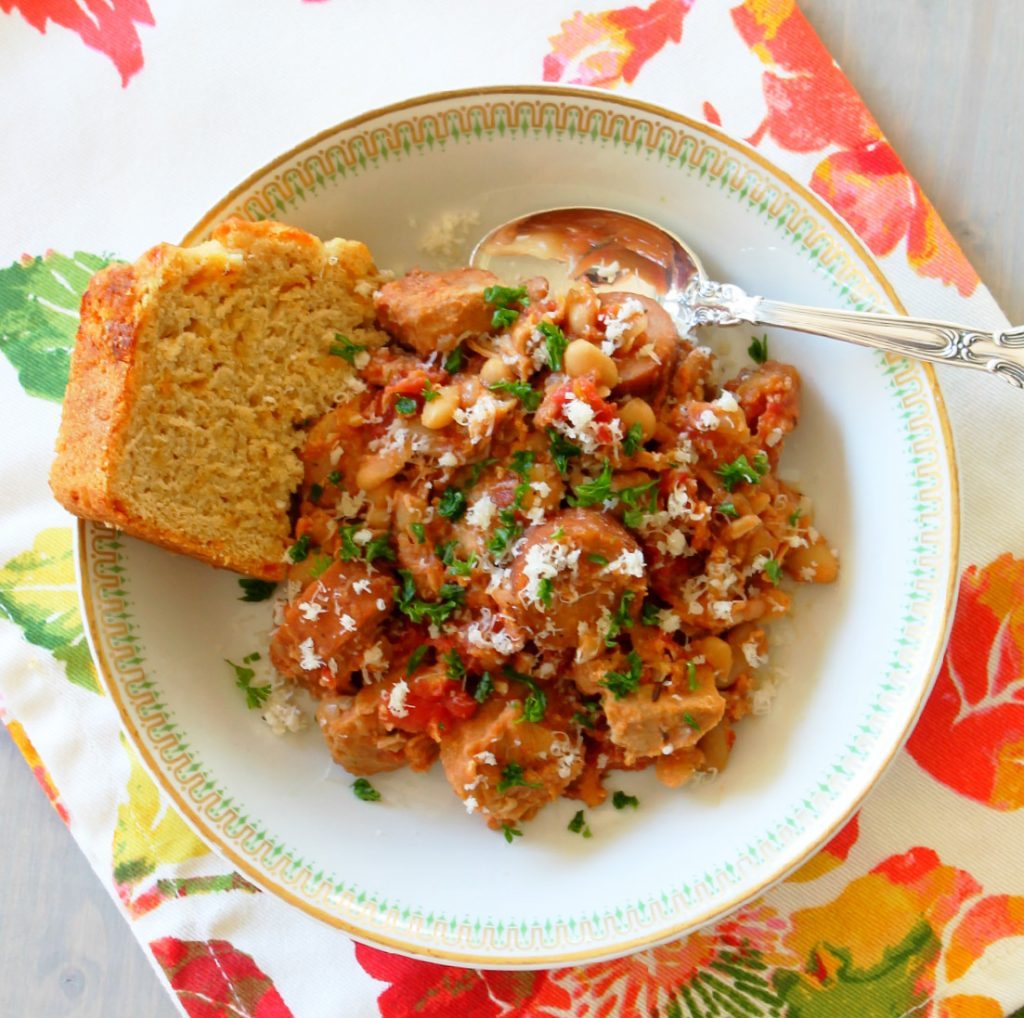 A cassoulet is a rich, slow-cooked meat stew with beans, originating in the south of France {I had to look it up}. I had already planned to make this recipe, originally from Cooking Light, for a different reason, but then the recipe also wound up in this collection of 24 Extremely Delicious Slow Cooker Dinners from Buzz Feed {click HERE to view and add these recipes to your Pinterest boards}. Why do I know about this particular collection? Because they also happened to feature my recent post for Brown Sugar Balsamic Glazed Pork Tenderloin. My point is, I would have made this cassoulet on my own, not just because I was trying out a new product.

Which brings me to the reasoning behind my initial choice of this particular recipe. A brand called Curly’s Smokehouse had emailed me a while back offering to send free coupons to try their new double-smoked sausages. I was initially hesitant because I don’t tend to use smoked sausage often in my personal cooking. What convinced me was one, they are manufactured locally {to me} here in Cincinnati. And two, their sausages do not contain any MSG… most others on the market do. 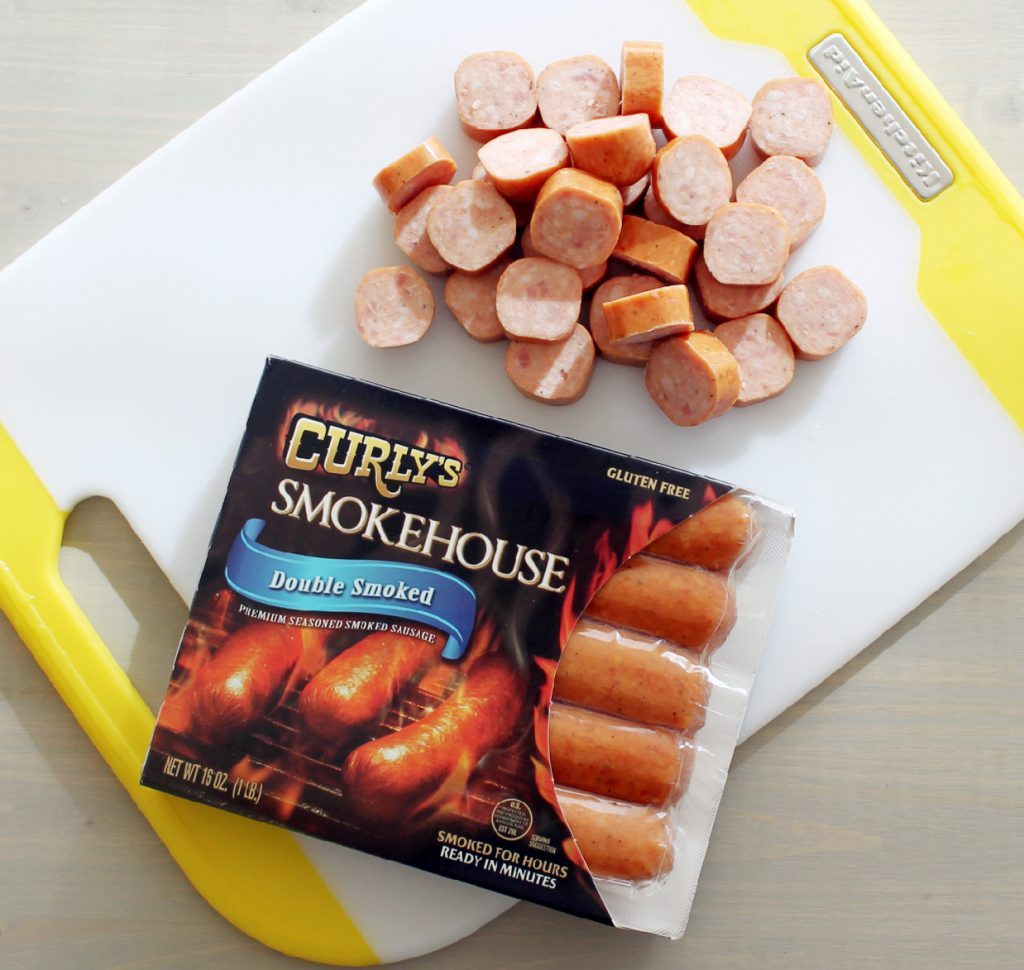 Also, while this recipe originally called for two slices of bacon, the double smoked variety of Curly’s was so flavorful that the bacon was not necessary. So I’ve edited the recipe I’m providing you to use a little olive oil instead of bacon fat.

This cassoulet could not be easier or more flavorful.The crock pot really makes it a modern yet rustic meal. The pork tenderloin I used was literally without fat, but after stewing in the slow cooker for hours with the smoked sausage and tomatoes it was tender and delicious. To assemble, I simply had to mix together my pork, sausage and beans in one bowl and my cooked onions, seasonings and tomatoes in another. 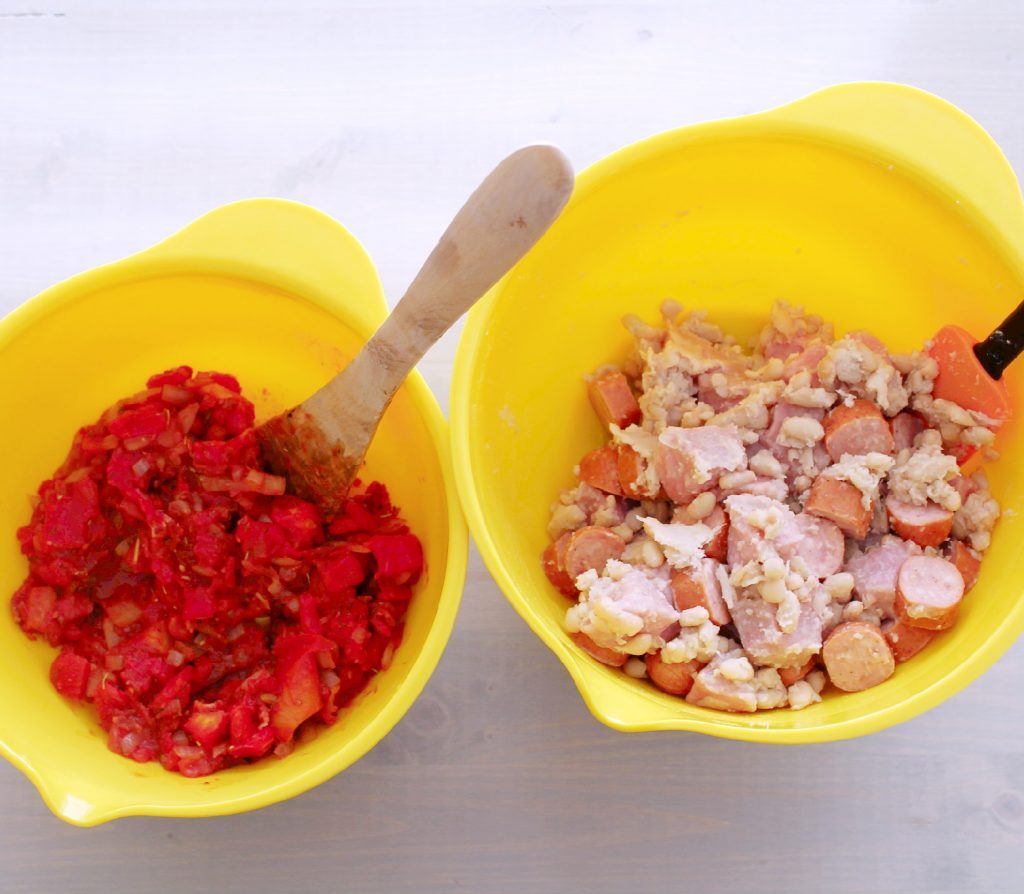 After layering them in the crock pot and cooking on low for about 6 hours it was a super-delicious dinner. I made cheddar beer bread to serve with it which I’ll be posting about next. I think the cassoulet would also be fantastic with a side of mashed potatoes and a simple green salad. 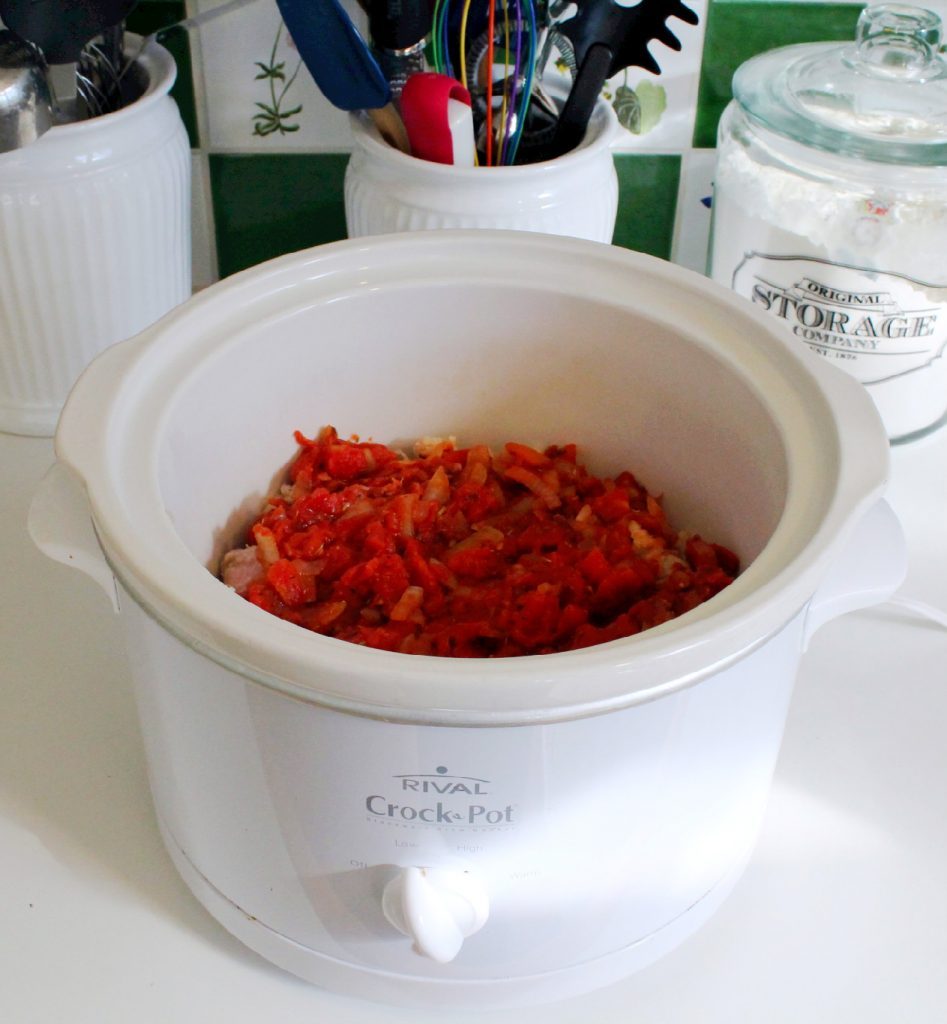 This recipe is most definitely a keeper and I would highly recommend seeking out the Curly’s Double Smoked Sausages for this particular recipe.

*I was provided two, free packages of sausages for this post by Curly’s Smokehouse Sausage. All opinions are my own.