This is a sponsored post written by me on behalf of Klement’s Sausage. All opinions are 100% mine.

Slow Cooker Sausage Chowder takes less than ten minutes of prep time to create a creamy, hearty, one-bowl meal that is sure to feed and please a crowd. 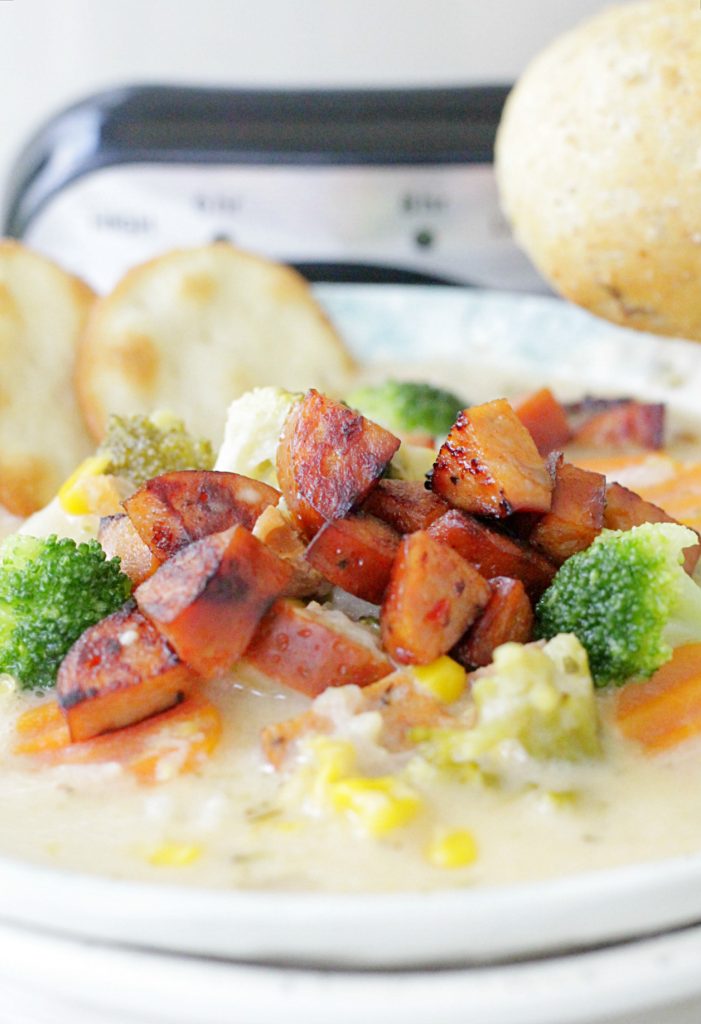 I’m writing this in the dog-days of summer, but I’m already dreaming of fall. I can’t help it. I get to just about the middle of summer break every year and I’m over it – the humidity, the kids bickering at each other, the too-lazy days. I’m craving back to school, crisp air, crunchy leaves, football and tailgating. Who’s with me? 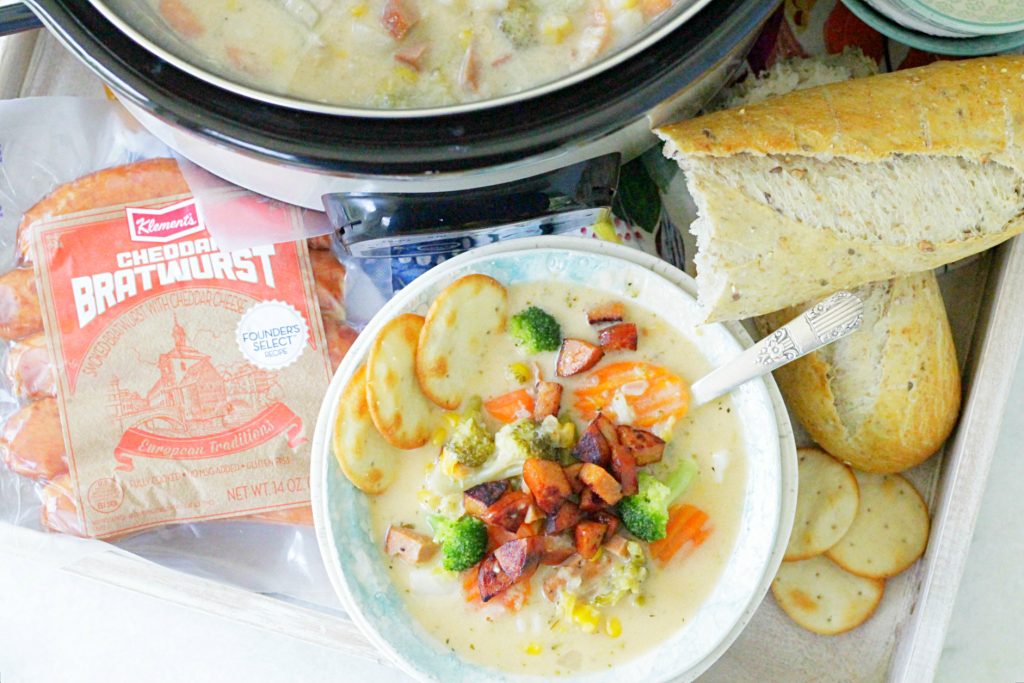 Klement’s Sausage sent me some of their artisan sausages recently. I took one look at the Cheddar Bratwurst and thought slow cooker instead of grill. I love my slow cooker even in the summer. And I especially love transporting my slow cooker filled with delicious soups (or chowder in this case) to outdoor gatherings in the fall. Think tailgating, camping and field trips for apple picking. Call me crazy but my outdoor loving self comes alive more in the fall than in the summer. In the summer you’ll find me by the pool but I’ll likely not be in the mood to cook. 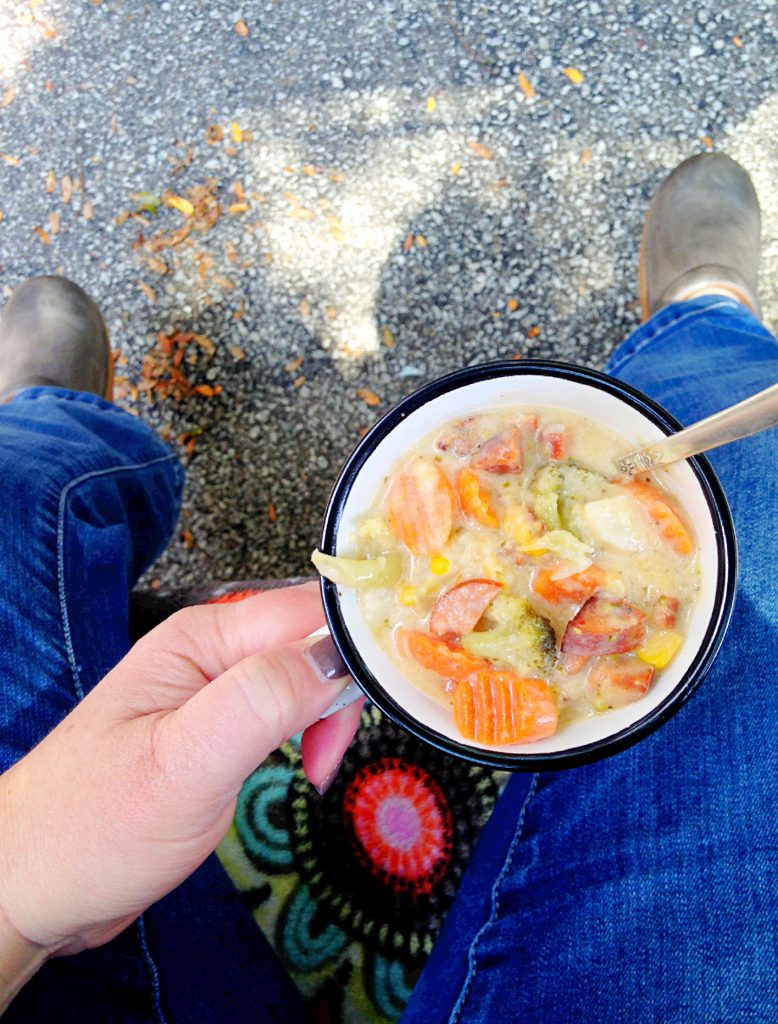 Klement’s has a full line of handcrafted summer sausages, pre-cooked sausages and snack sticks and wants to share recipe inspiration with their What’s Cooking Wednesday series (#WhatsCookingWednesday). My Slow Cooker Sausage Chowder is my unique recipe contribution for this Wednesday. 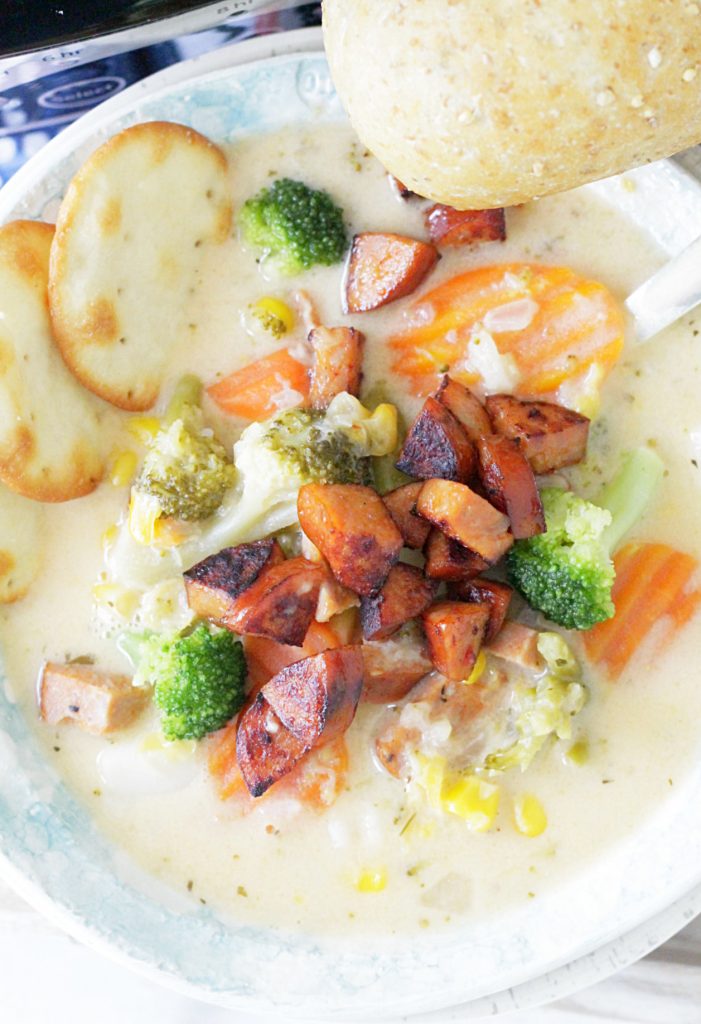 Klement’s Cheddar Bratwurst is mixed with creamed corn, frozen baby broccoli florets, carrots, cubed potatoes, red onion and ranch seasoning for delectable, one-bowl meal. Cream cheese and shredded cheddar cheese are stirred in at the end for extra flavor and creaminess. Be sure and serve this chowder with crackers and crusty bread to soak up all that smoky, cheesy, flavorful broth! 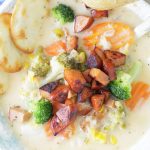