A fun twist on a classic Scotch egg these Scotch egg rolls are filled with cooked sausage, chopped hardboiled egg, Irish cheddar cheese and parsley then pan fried and served with a beer mustard sauce for dipping. 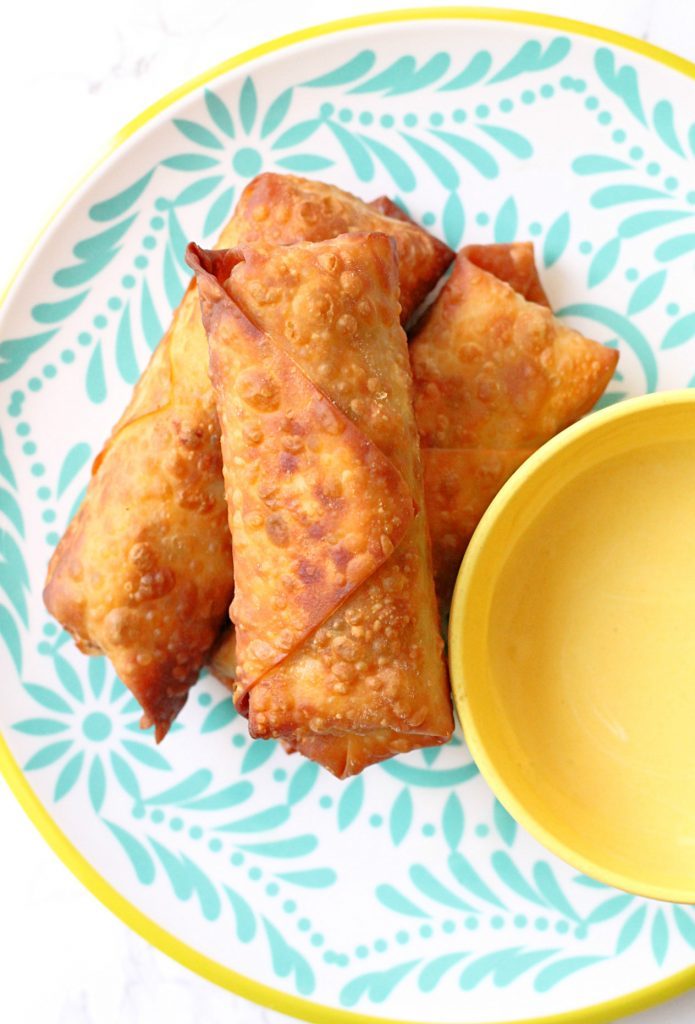 The first time I had a Scotch egg was at a pub near Notre Dame’s campus in South Bend, Indiana. If you aren’t familiar the classic Scotch egg is a hard (or sometimes soft) boiled egg wrapped in sausage, coated in bread crumbs and deep fried. I honestly thought they sounded a little weird but the ones we were served were so good! And now I’ve been thinking ever since about recreating them (in some form) at home.

So that’s how my Scotch egg rolls were born. I figured deconstructing them a little bit (plus adding some cheese) and wrapping them in egg roll wrappers seemed like a more at-home, user friendly way to experience a Scotch egg. Also the beer mustard sauce is the perfect compliment to this unique appetizer so don’t skip it. 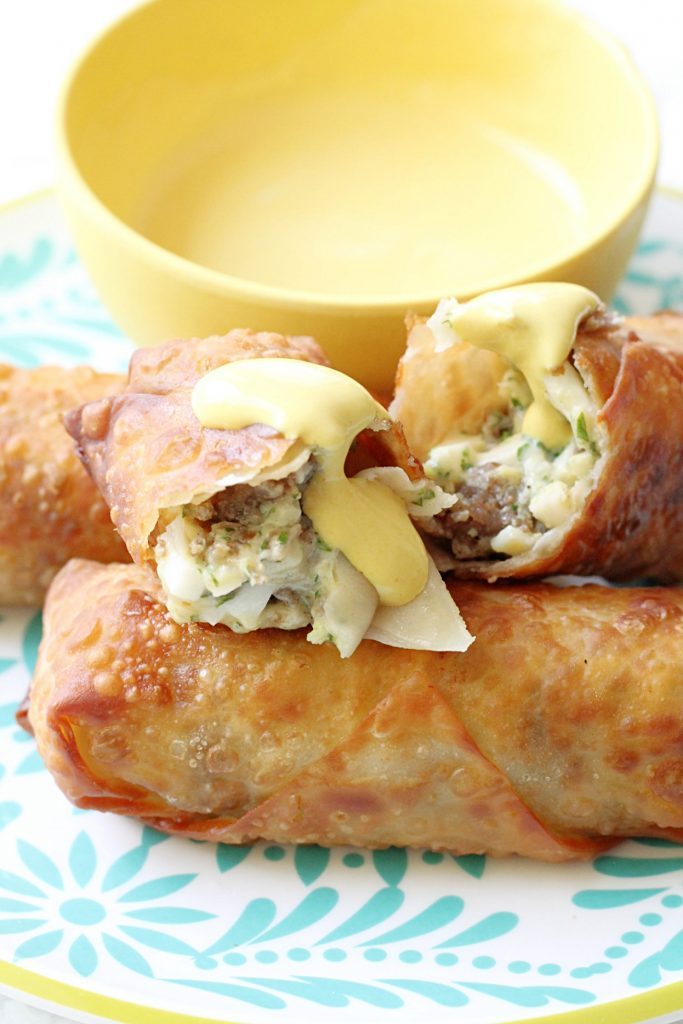 Our son Caleb is crazy for Notre Dame in general but especially during football season. We’re not really sure where it came from (as no one in our immediate family attended or were even fans before) but he is so passionate about it that it’s hard not to be influenced and become a fan myself. So when the Irish kick off their first game on September 4th I’ll be making a batch of these Scotch egg rolls just for him. He ate the results of my video today and he will tell you that you should definitely try them!