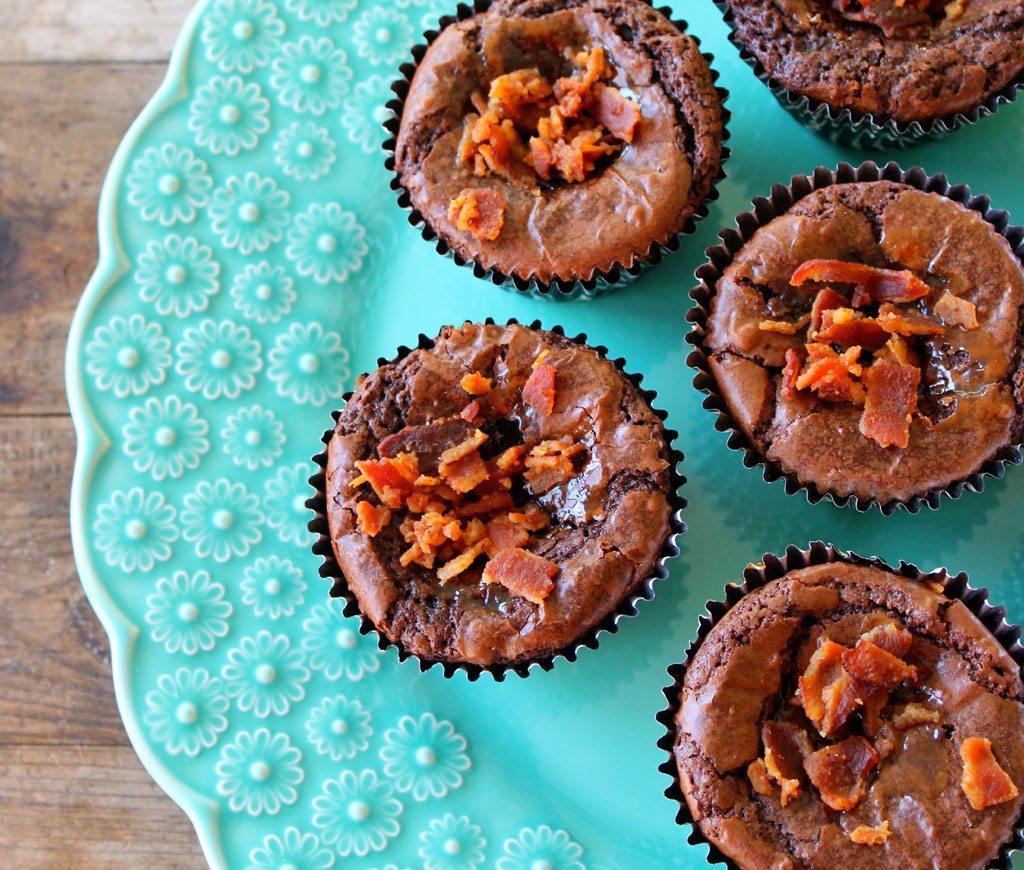 This is how I showed some love to my husband for his 40th birthday party this past weekend. He loves bacon, bourbon and chocolate… possibly (or not) in that order… so when I saw a version of these on Pinterest, I knew this had to be the dessert for his party. The recipe I pinned was gluten-free, which we don’t need to be. I was short on time and was using a jarred caramel sauce to begin with, so I decided to really make these easy and use Ghirardelli boxed brownie mix to create them. This helped considerably as I’d had an enjoyable Saturday with a long walk, leisurely breakfast and a little shopping. Meaning I ran home in the late afternoon with only 2 hours to throw together the entire food spread AND shower. It all came together quite nicely and the brownies were a huge hit (even though admittedly I wasn’t sure if bacon on a brownie was *really* a good idea).

If you aren’t sure either, I promise it’s not weird. The chocolate is intense and combined with the bacon it adds up to a nice sweet and salty combination. If you have a Trader Joe’s in your area it’s very much worth the trip for their “Fleur de Sel” Caramel Sauce… I could eat the stuff straight out of the jar with a spoon. 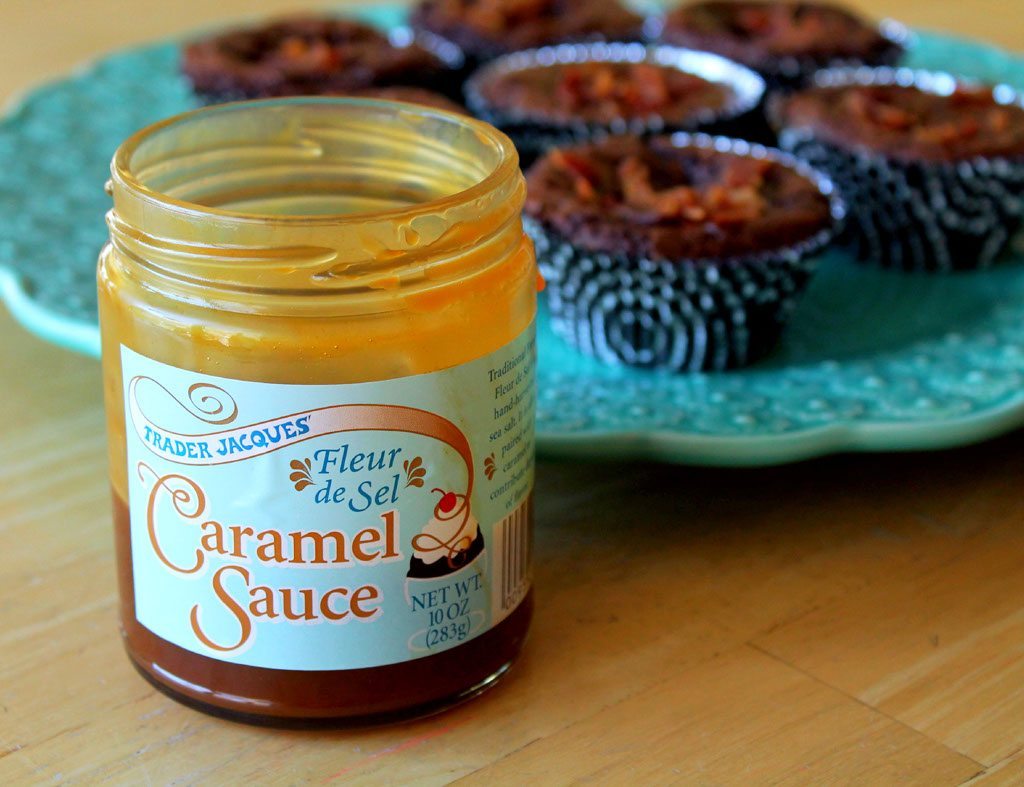 As for the bourbon flavor, Ghirardelli brownie mix calls for 1/4 c. of water, which is the equivalent of 4 tablespoons. I only replaced half the water with bourbon, but if you want a more intense bourbon flavor by all means use the full 1/4 cup of bourbon in place of the water. 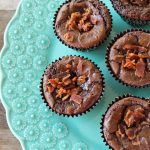