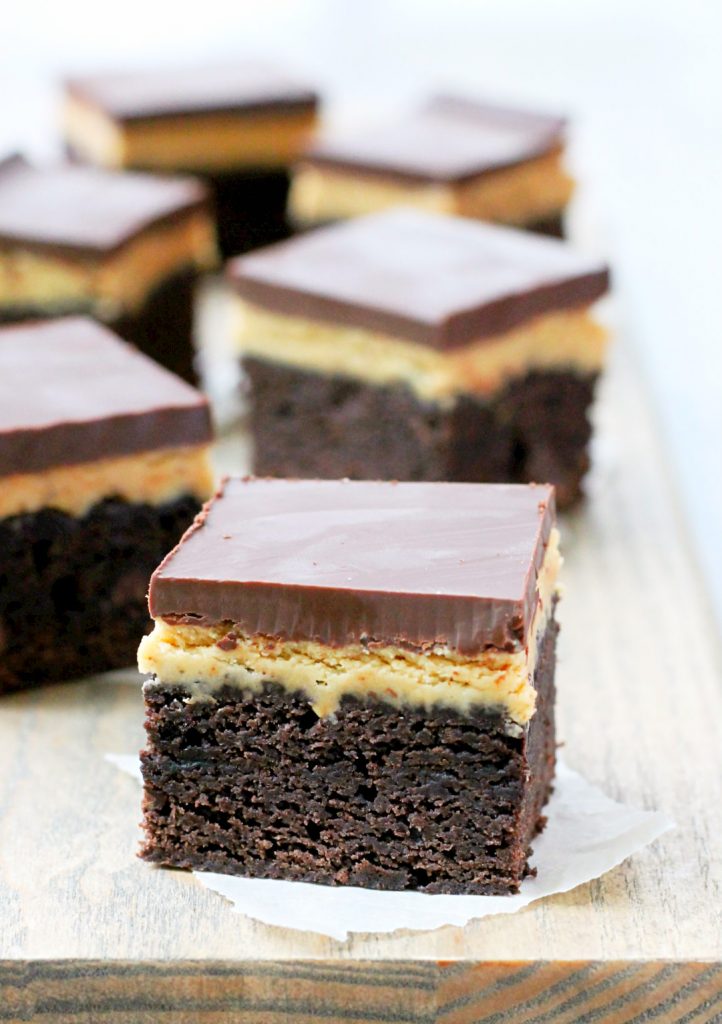 Make these buckeye brownies when you don’t feel like rolling a bunch of little peanut butter balls but still want that classic flavor combination of chocolate and peanut butter. These brownies need to be at all your tailgating festivities this football season! 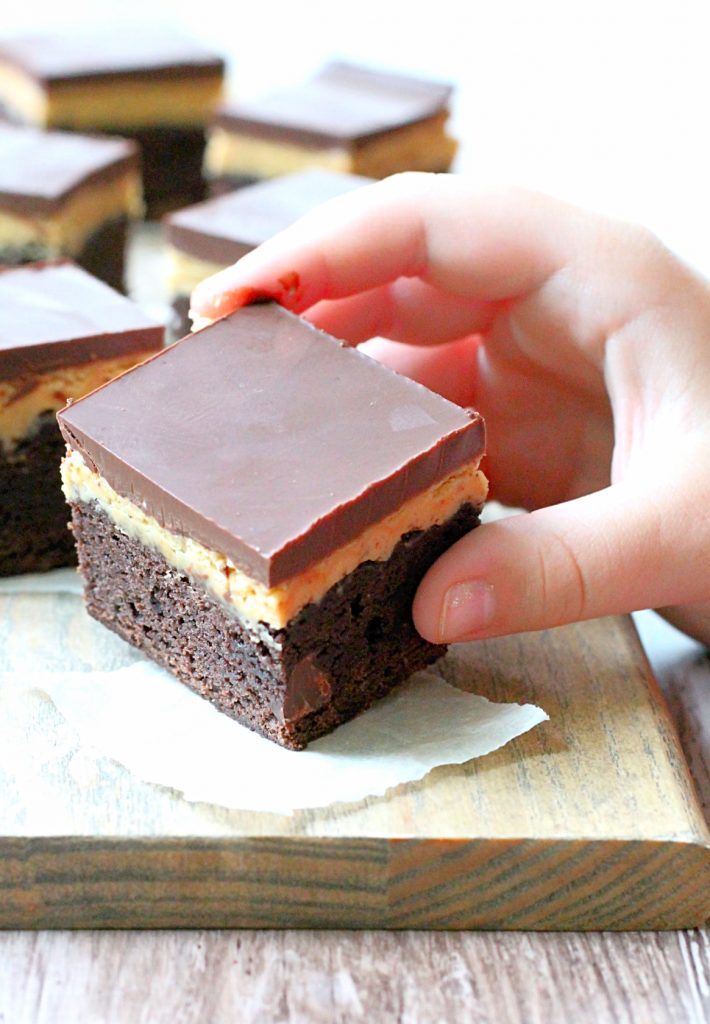 Living in Ohio it seems a requirement to be an Ohio State Buckeye fan. I get excited when they do well. But I have a confession to make. I am raising a son who bleeds blue and gold (and green)… GASP! He’s a Notre Dame fan. Like he’s seriously obsessed with the Irish. And so because they lost to Ohio State in a bowl game recently the Buckeyes are now blackballed in his little world. So much so that he supports both those teams up north (Michigan – which is a dirty word to many Ohio State fans). But guess what? He had no problem eating these buckeye brownies. More than one actually. So I’ll cut him slack. 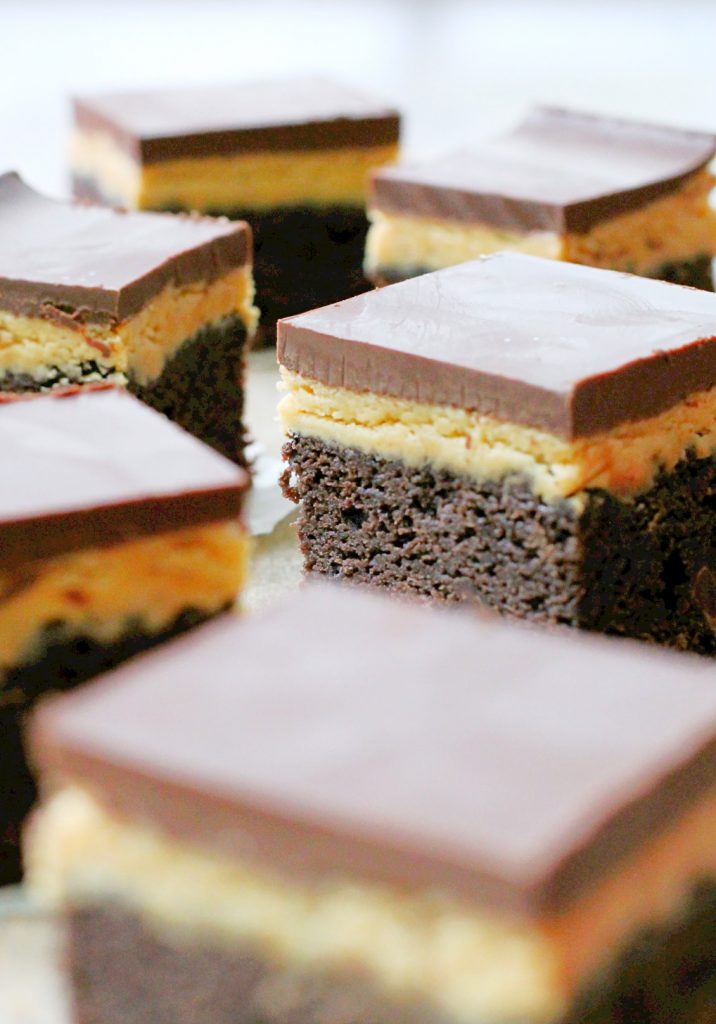 Seriously though football season around here is a big deal but it’s all in good fun. I’m just happy to watch a good game and for an excuse to plop down in front of the big screen with some tasty tailgating grub. I like making the traditional buckeye candies but they are a little labor intensive. So when I found this recipe for buckeye brownies, I knew I had to try them. Seriously these are so good and so simple. 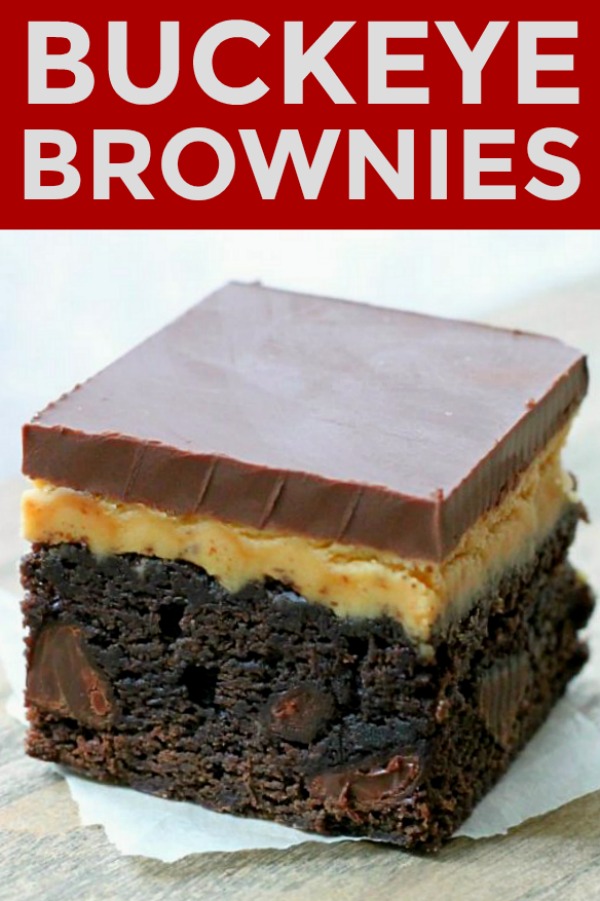 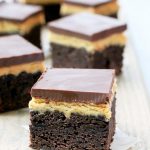