This slow cooker summer chowder uses the slow cooker to transform late summer corn into a rich and velvety chowder, topped off with bacon, zucchini and fresh tomato. 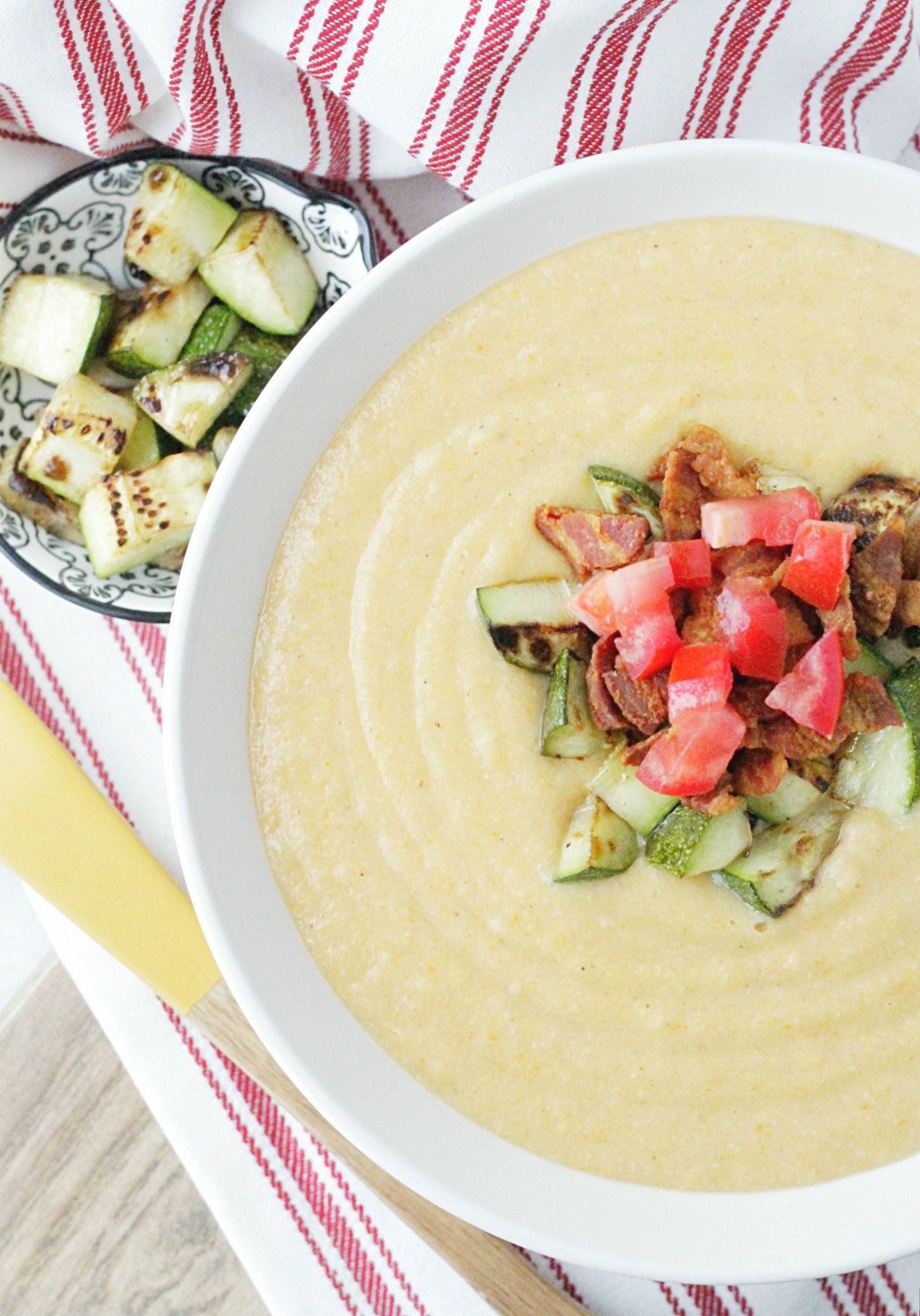 Slow Cooker Summer Chowder is for when you have a bumper crop of late summer corn, tomatoes and zucchini hanging around but you’re excited for fall and ready for slow cooked comfort food. It is summer in a bowl! 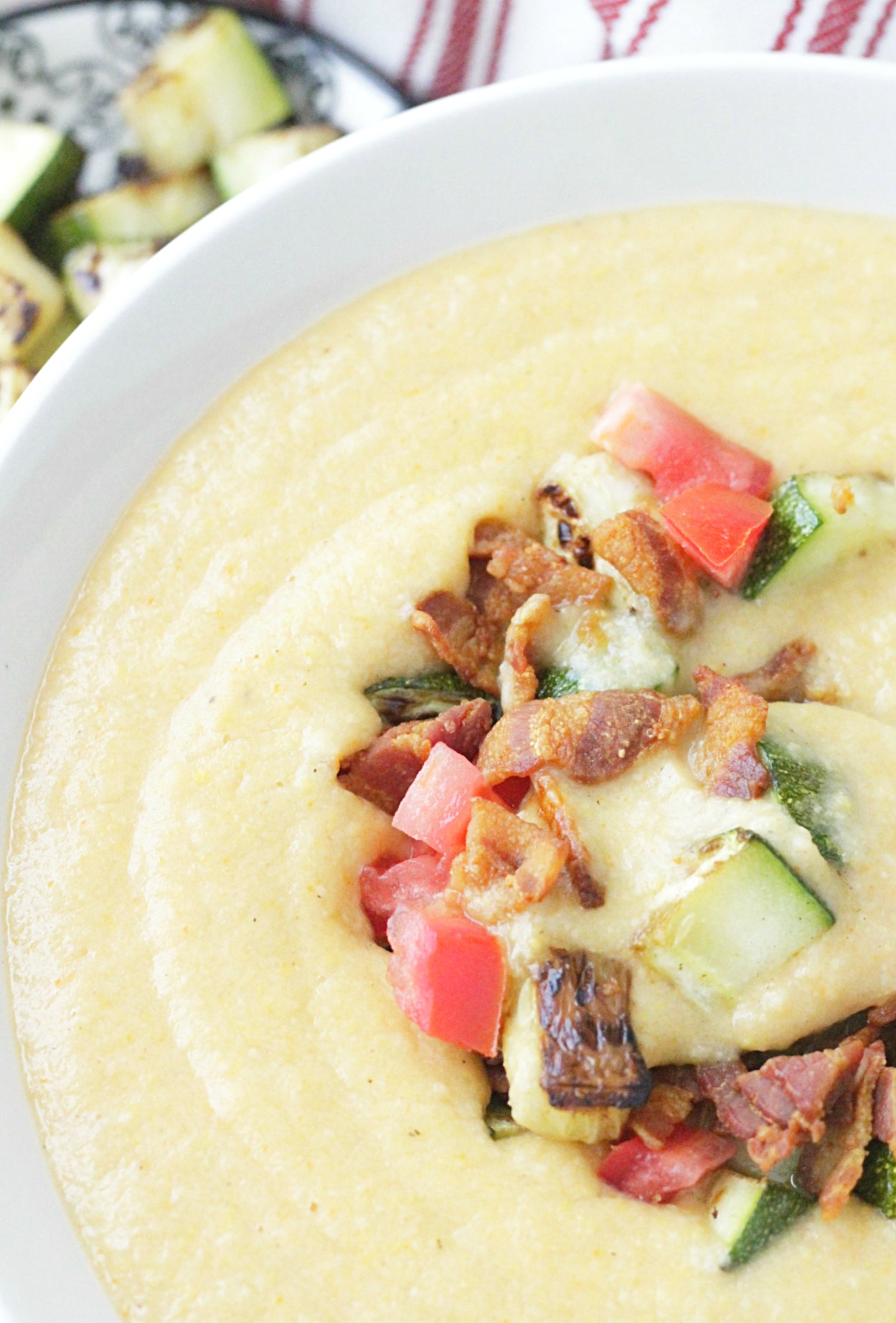 This chowder is so simple to throw together. Simply chop up some potatoes and add them to your slow cooker with fresh corn cut off the cob (canned or frozen corn works well too if you are making this when fresh corn is not available) some chopped onion, vegetable broth and a few seasonings. Once everything is nice a tender, puree the chowder with some sour cream for extra creaminess and flavor. Then cook some bacon and zucchini together as a topper for the chowder along with some fresh chopped tomato and basil. Everyone will gobble it right up! 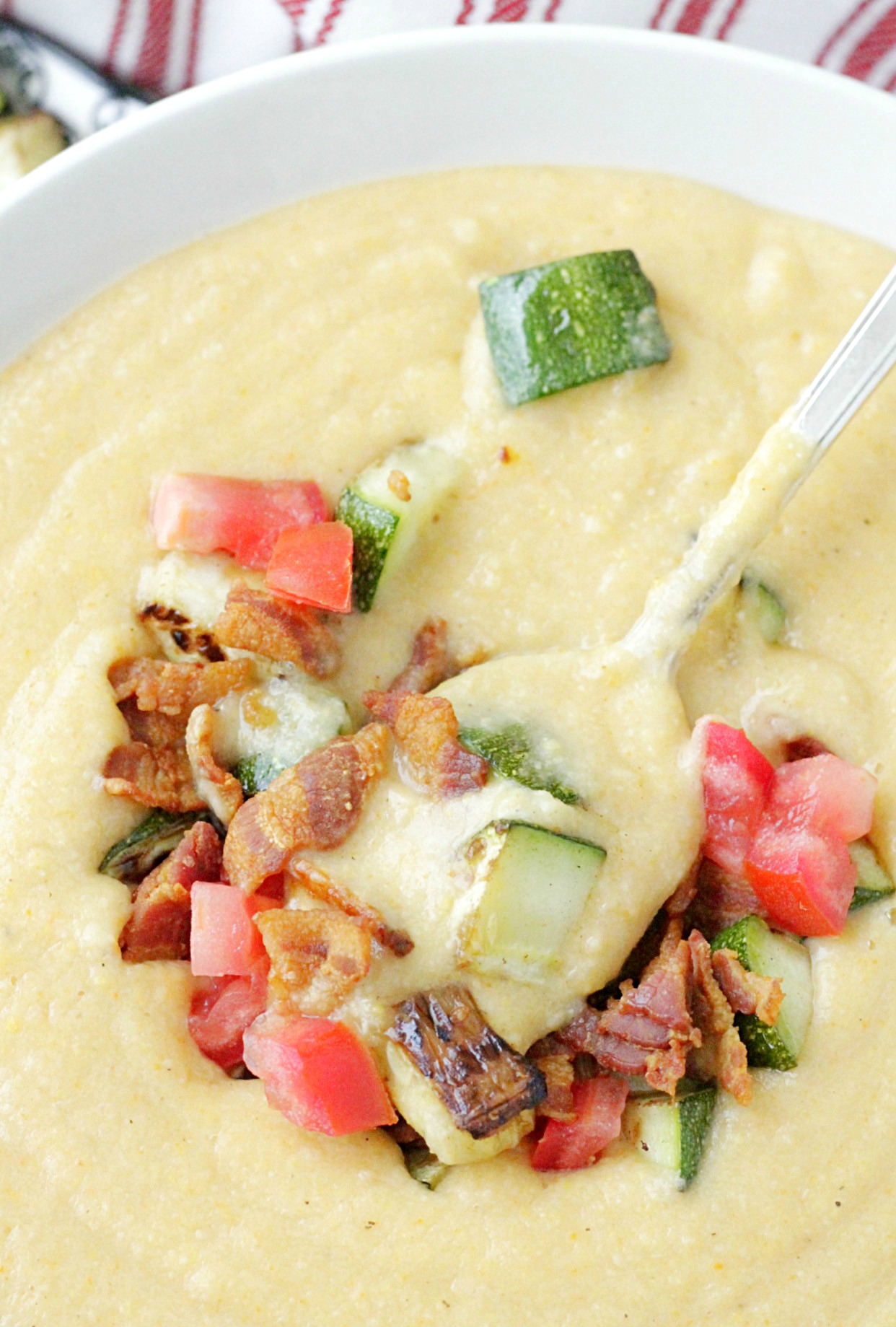 This recipe makes a big batch of chowder. So plan on serving a crowd or having lots of leftovers. I personally am a fan of leftovers because this chowder is delicious reheated and served for lunch. Instead of the bacon and zucchini topping you could just serve the chowder plain alongside a BLT sandwich. Or with grilled cheese. I’m getting hungry just thinking about it. 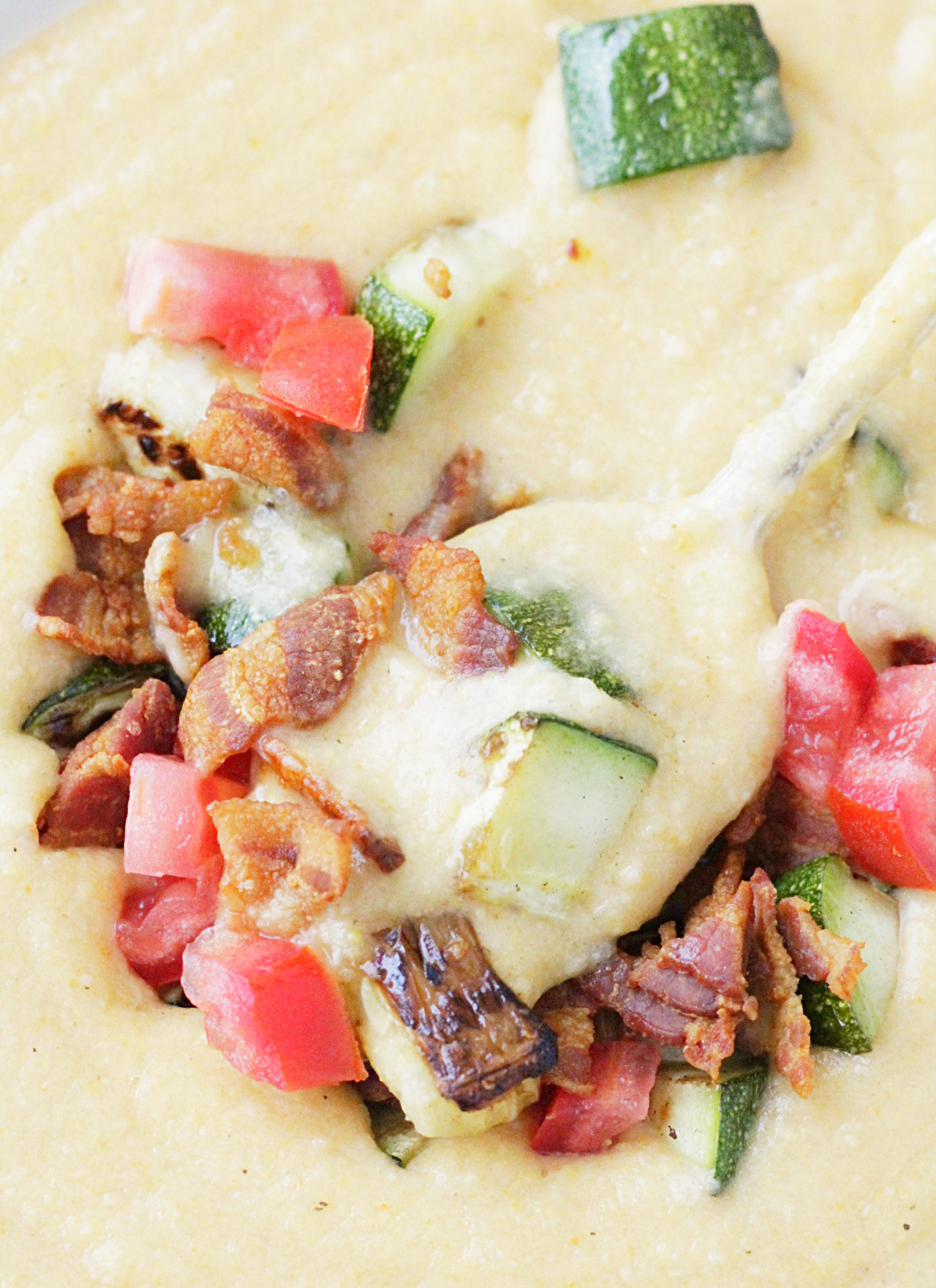 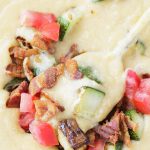