This Nutella Stuffed Churro French Toast is a totally over the top breakfast that you need to try – chocolatey Nutella is stuffed between brioche bread, made into french toast and coated with a cinnamon sugar Churro topping. 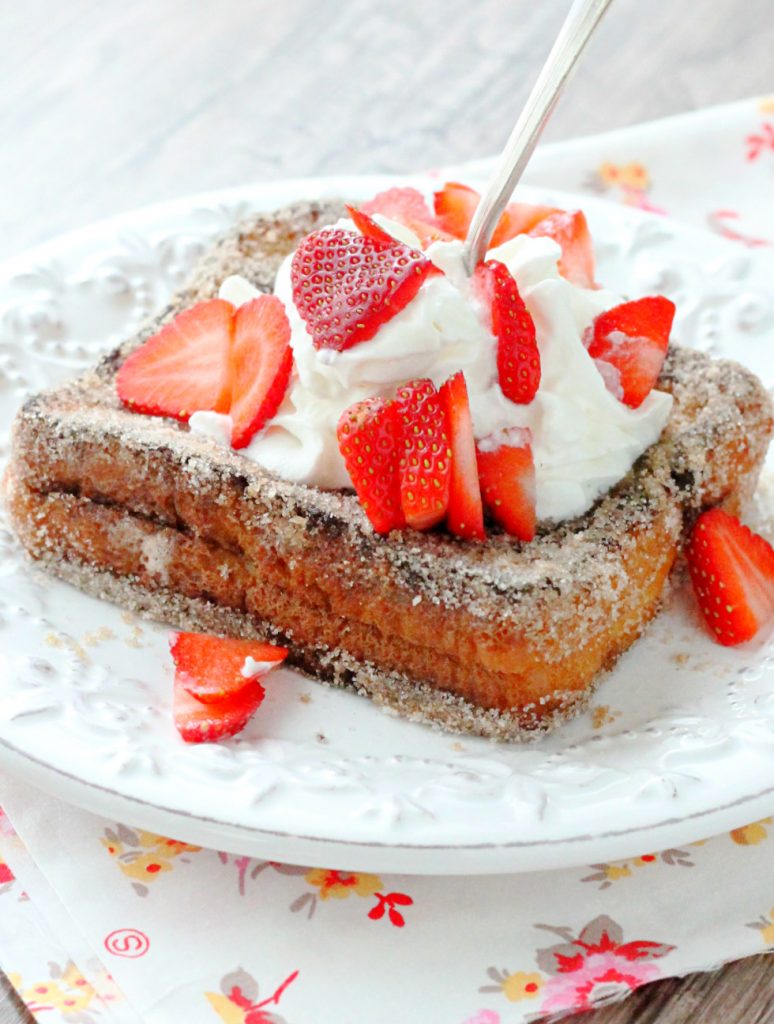 My philosophy with breakfast on special occasions is to go big or go home. You’ll make any morning special when serving this Nutella Stuffed Churro French Toast. It’s not just that this french toast is dipped in a butter cinnamon sugar coating (like a Churro) it’s also that it is stuffed with chocolatey Nutella that makes it so over-the-top decadent. 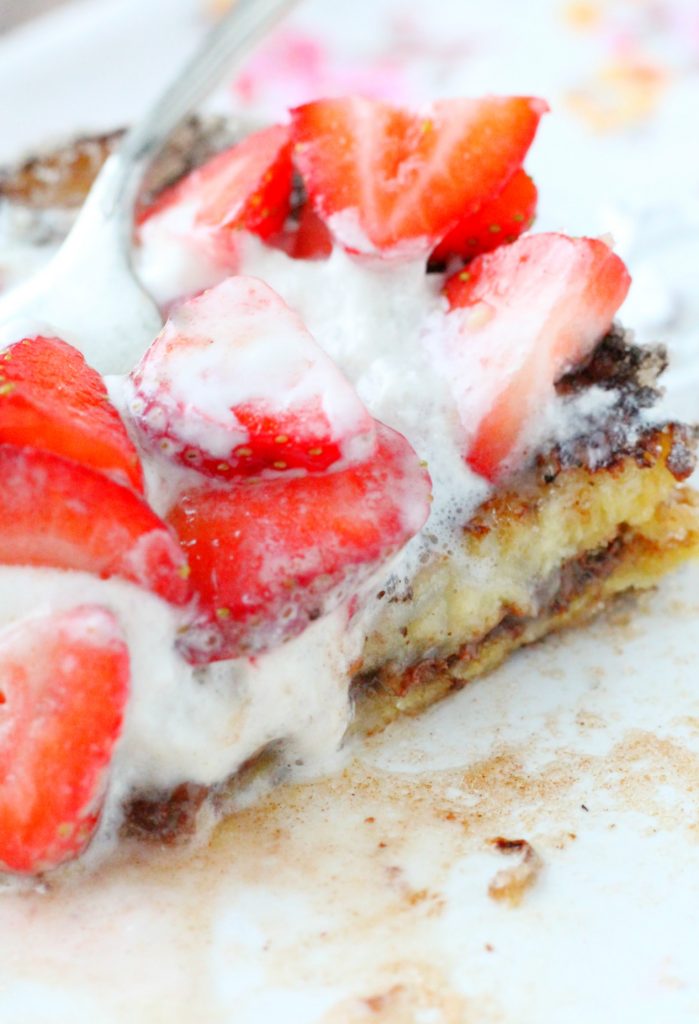 I’ve served up several savory breakfast recipes lately that are suitable for celebrating (see HERE and HERE) but it’s been a while since I’ve shared a decadent sweet breakfast recipe. So it was definitely time. I took inspiration for this recipe from here.

I’ve been in a less than sunny this past month. My Facebook feed is too political and angry. Our dog is 15 1/2 and nearing her final days with us. We’ve had some unexpected repairs and things come up with the house and my husband’s truck. Nothing worse than anyone else deals with but I’ve just been feeling unsettled lately. 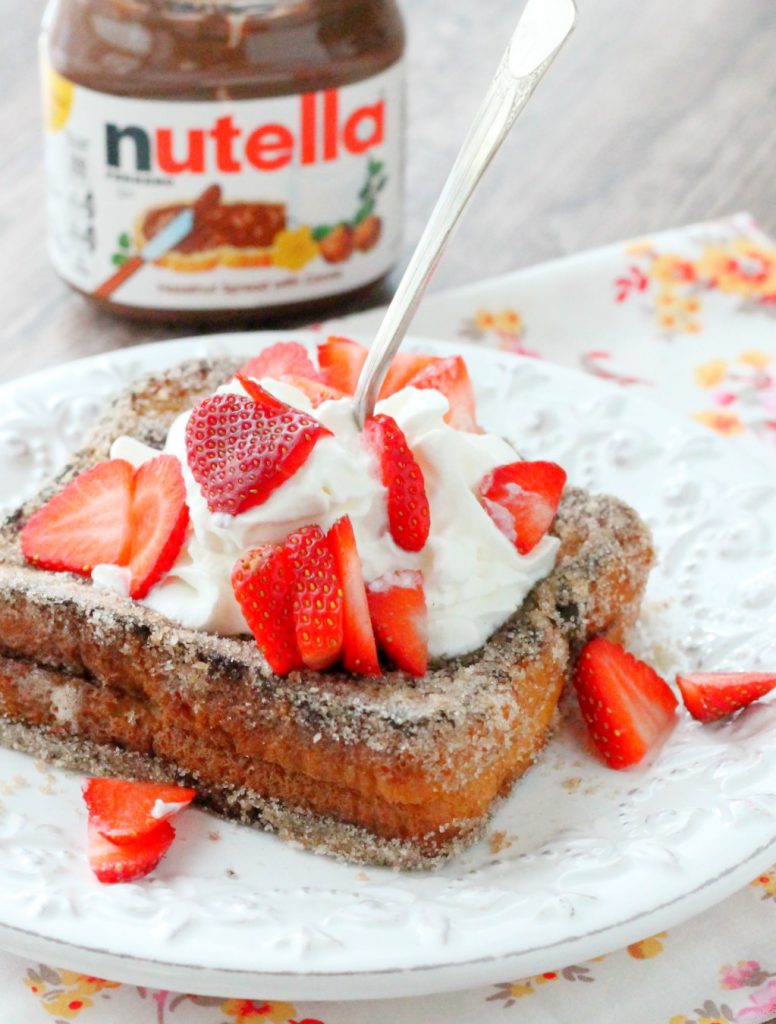 So I thought to combat that I’d make something happy today. Nutella sure makes me happy. And anything coated in cinnamon and sugar usually puts a smile on my face. What about you? I’m thinking with Valentine’s Day coming up you should put this on your weekend breakfast menu. 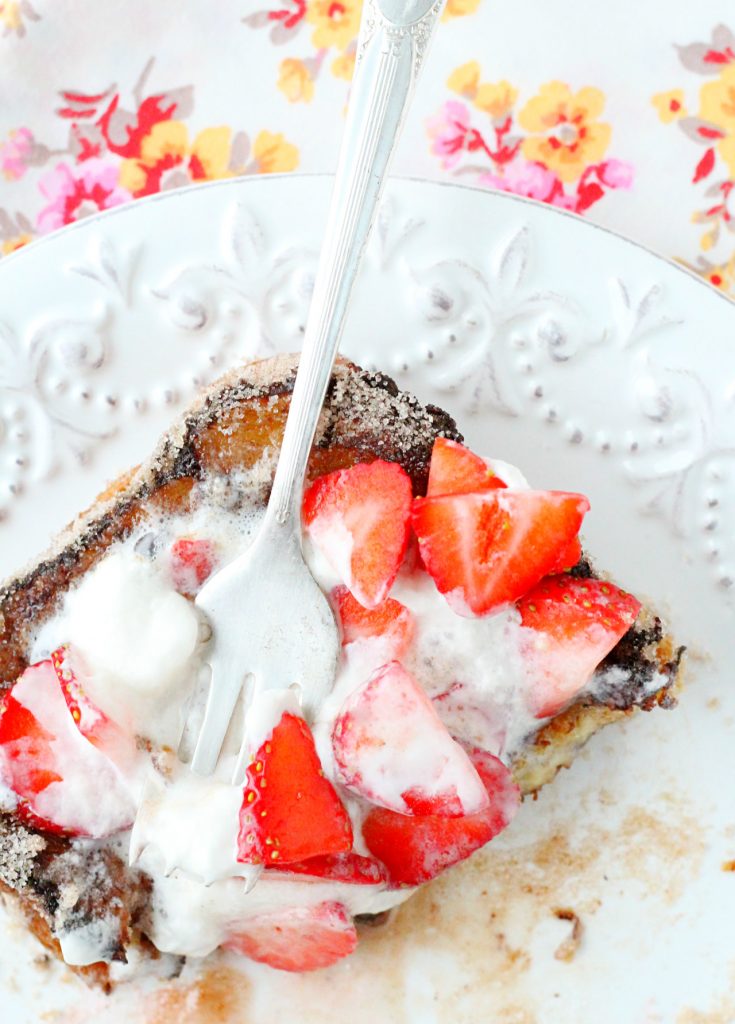 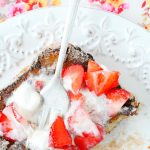