Home » Reviews » Bourbon and Beyond

I’m giving you a recipe today for Bourbon Mimosas to celebrate my recent weekend spent indulging in music, food and bourbon at Bourbon and Beyond in Louisville, Kentucky. 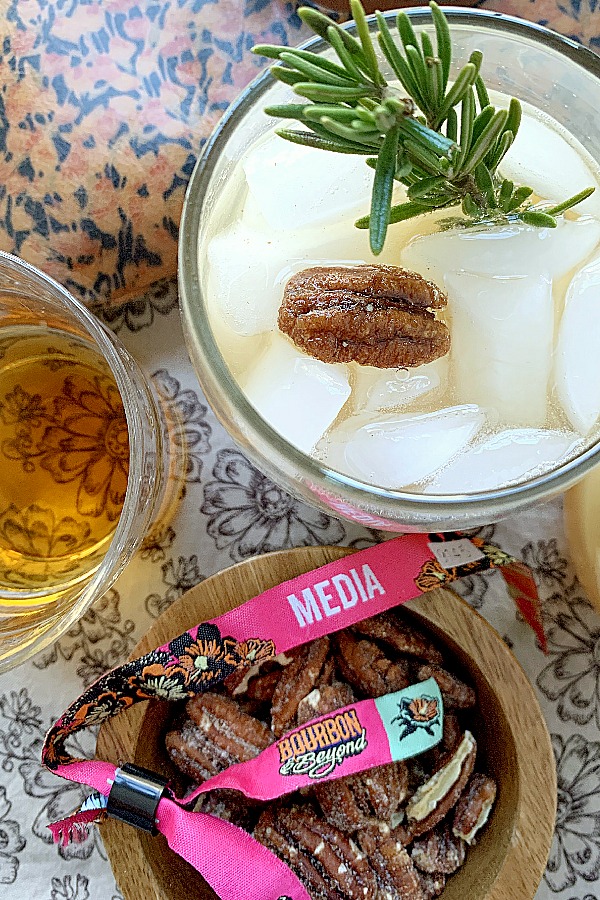 If you’ve been reading my blog for any amount of time you know that I am a huge music fan. Going to concerts and music festivals are one of my favorite experiences to indulge in. I attended the inaugural Bourbon and Beyond festival in 2017 for basically the sole purpose of seeing Eddie Vedder perform. He is one of my absolute favorites. 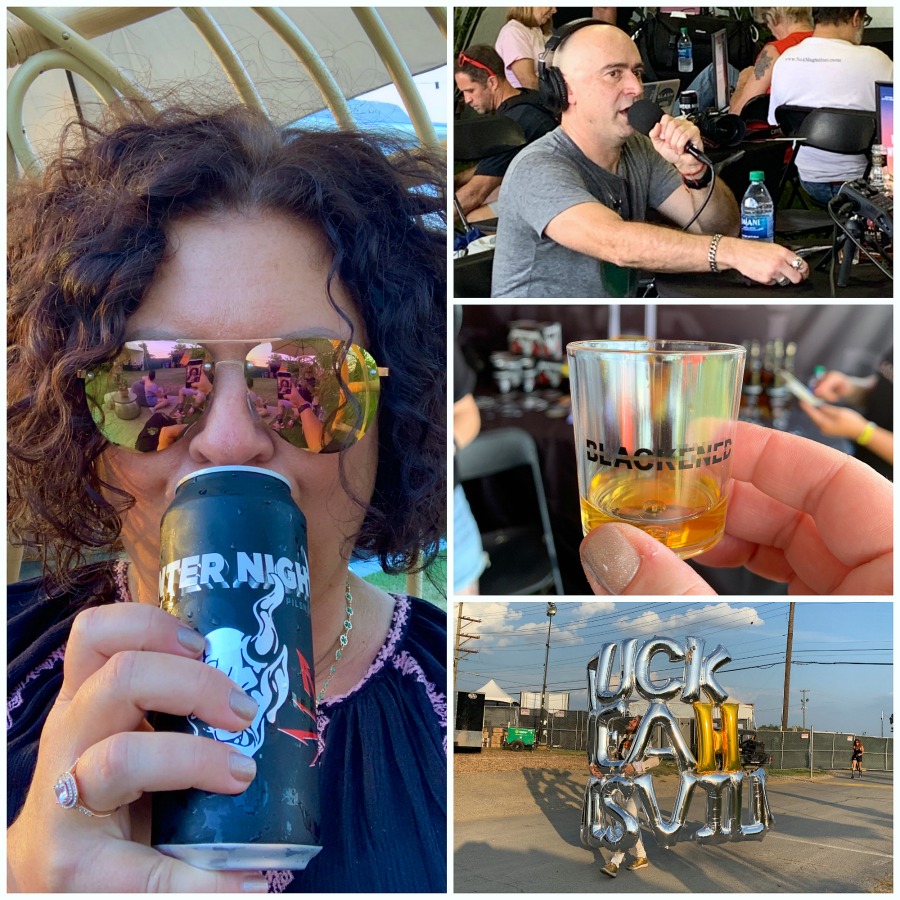 When the line-up for this year’s Bourbon and Beyond festival was announced and included one of my other favorites, Foo Fighters, I immediately emailed the organizers to find out how to obtain media passes. I did not want to miss this three day weekend and hoped that my love for music, food and bourbon would allow me to cover the festival as both a fan and a professional. 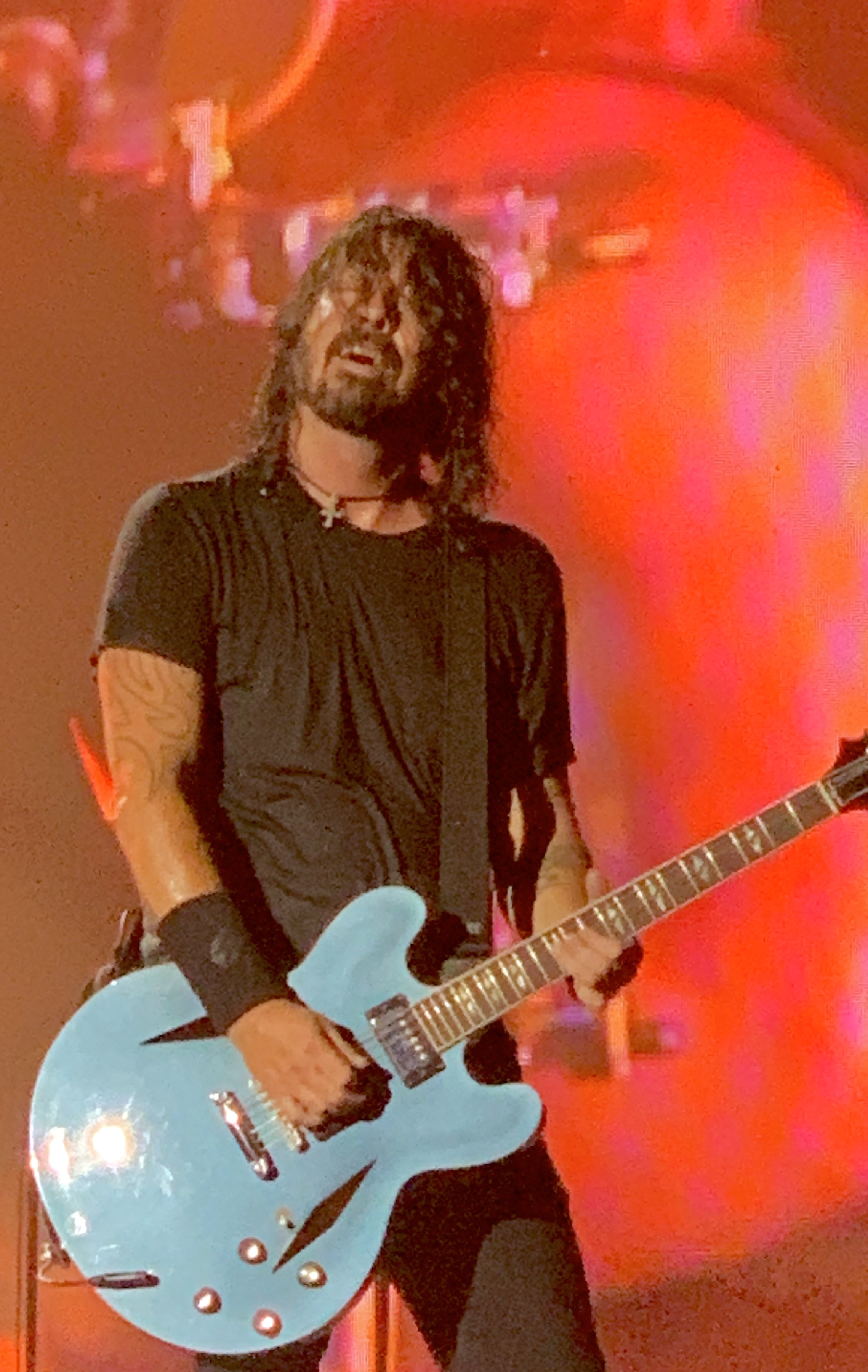 I can’t say enough good things about the weekend. Attending as a VIP is the way to go. We had access to the front of both main stages for all of the performances. Being that close to legends like John Fogerty and Robert Plant was a once in a lifetime experience. The VIP tent provided much needed shade and respite because three full days of music and other experiences like dancing lessons and chef demonstrations is a lot to take in. Plus air conditioned restrooms vs. port-o-potties? That’s worth the price of the VIP ticket right there! 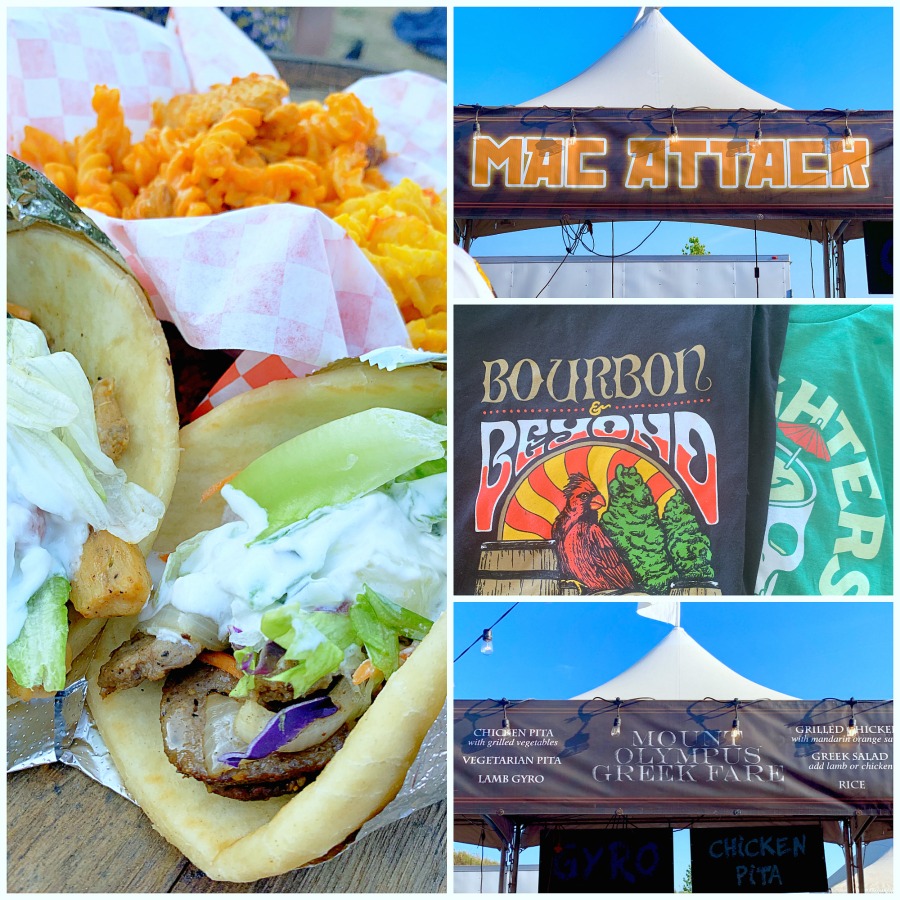 I tried to highlight in photos and video some of my weekend experiences. I have to say that beyond the performances of the Foo Fighters and Robert Plant, my big win was getting this photo of Taylor Hawkins, drummer for the Foo Fighters. I had back stage access in the media tent and I called his name as he was driven by – and he turned and smiled at me! That’s a pretty heady experience for a humble food blogger. 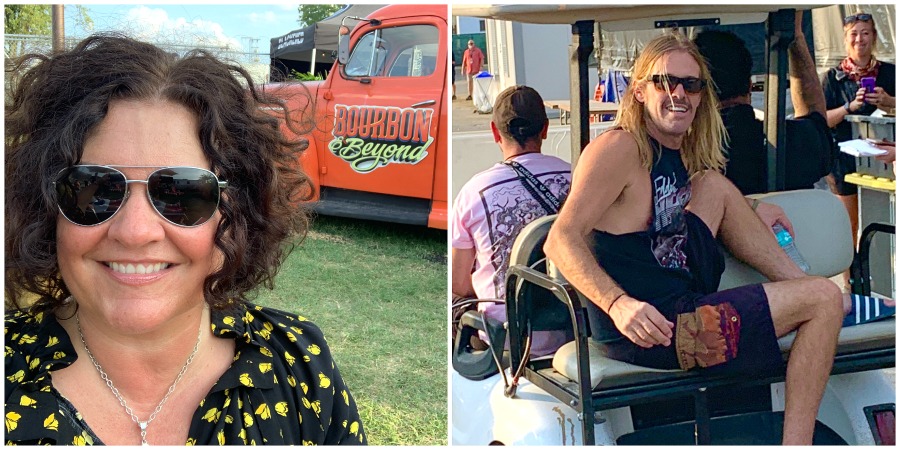 The whole weekend was such a celebration of music, food and bourbon – I had to give you a recipe to commemorate my experience. I decided on Bourbon Mimosas. They are a mix of pear juice, bourbon and champagne, garnished with candied pecans and fresh rosemary. They could be enjoyed for brunch any time of year but I feel like Fall is really the best time to indulge in them. I’ll be reminiscing about my weekend as I sip these cocktails in the weeks to come. I can’t wait to go back for Bourbon and Beyond 2022! 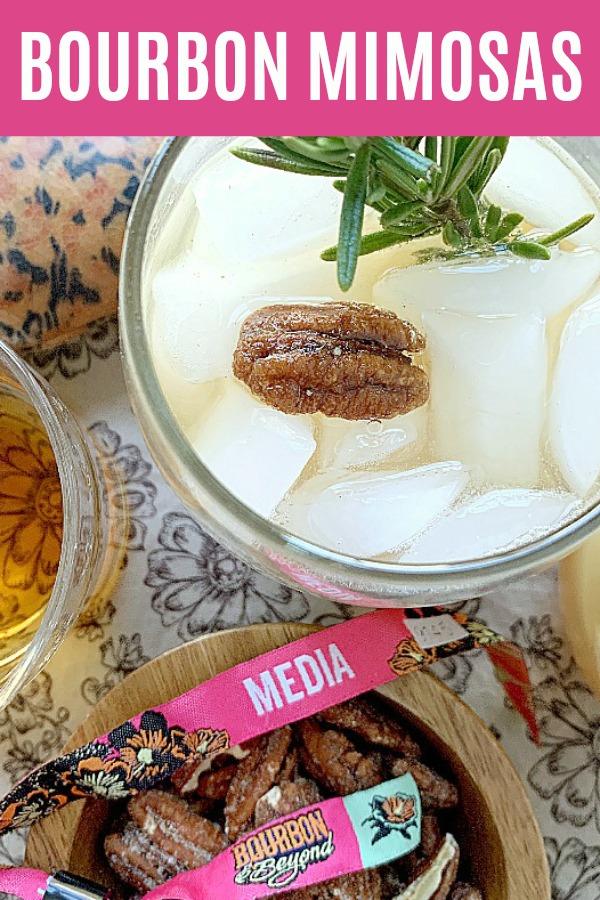 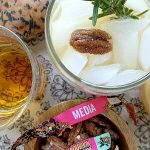 I was provided with two media passes for VIP access to the Bourbon and Beyond festival in exchange for my review. All opinions are mine alone.