This is a sponsored post written by me on behalf of Oscar Mayer Bacon. All opinions are 100% mine. Bacon Party Dip in a Bread Bowl is a crowd-pleasing and holiday-worthy appetizer for bacon lovers. 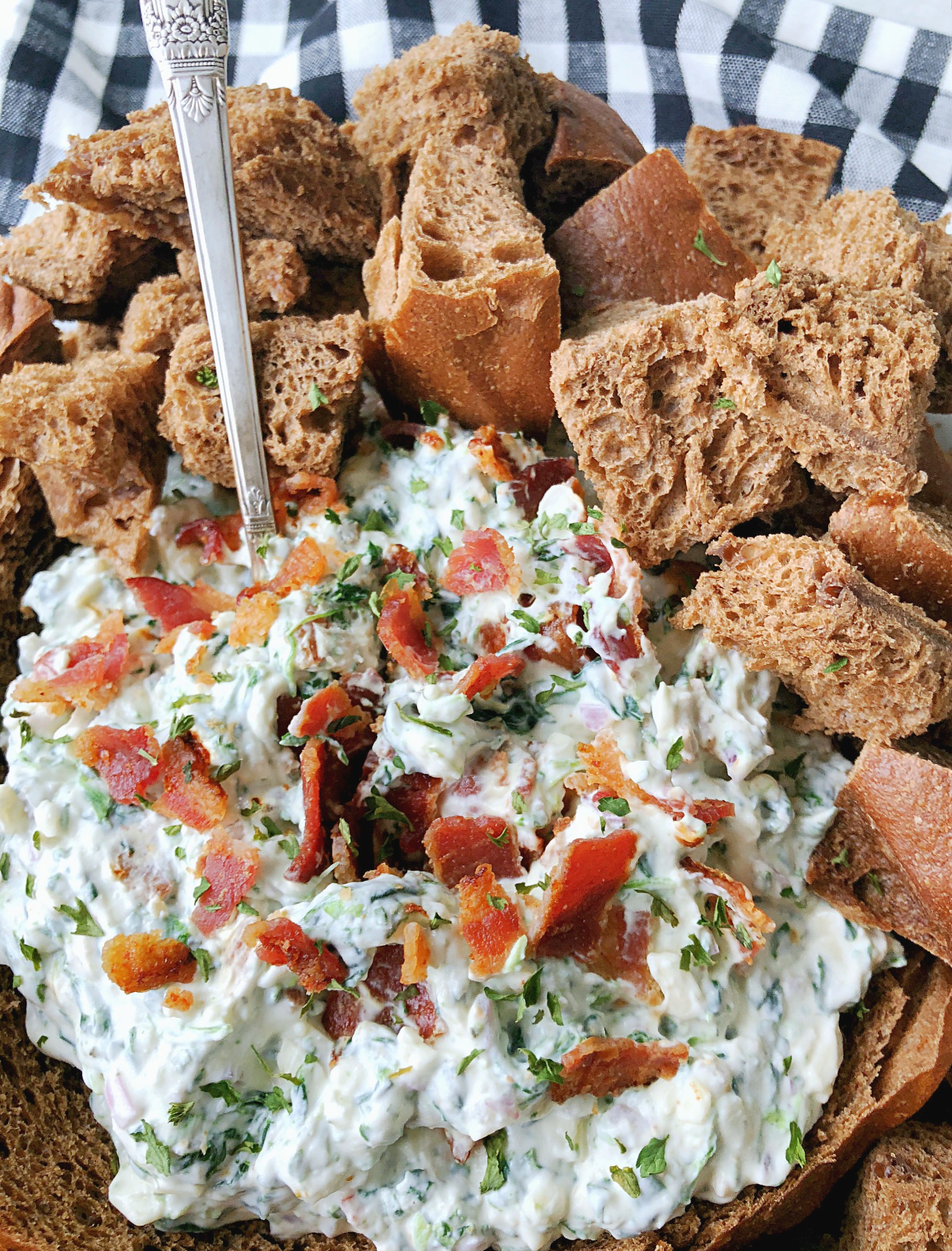 How many times have you shown up to a party, especially during the holidays, to find a ubiquitous bread bowl filled with spinach dip? It’s one of those recipes that’s been handed down for years – maybe since the 70’s? But for sure I’ve been to many a party and eaten more than my fair share of spinach dips over the years. 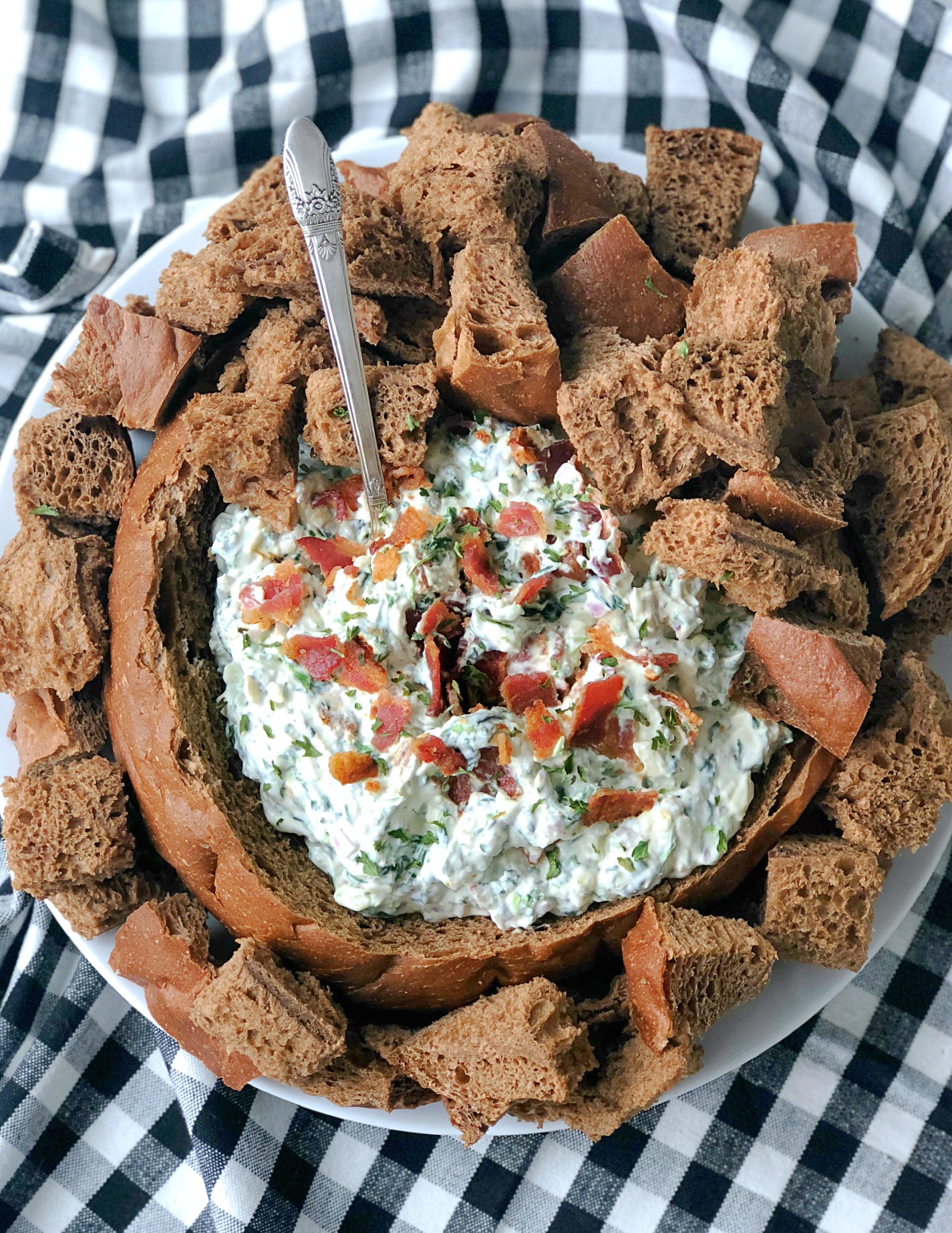 Part of what I love about my job is the creativity I’m allowed to impart on the food that I serve my friends and family – which means at my gatherings I usually don’t stick to the “classics”. Oscar Mayer Bacon is always part of my planning a party menu though, so I was excited to create a recipe based on the concept of “Bacon Dip in a Bread Bowl”. 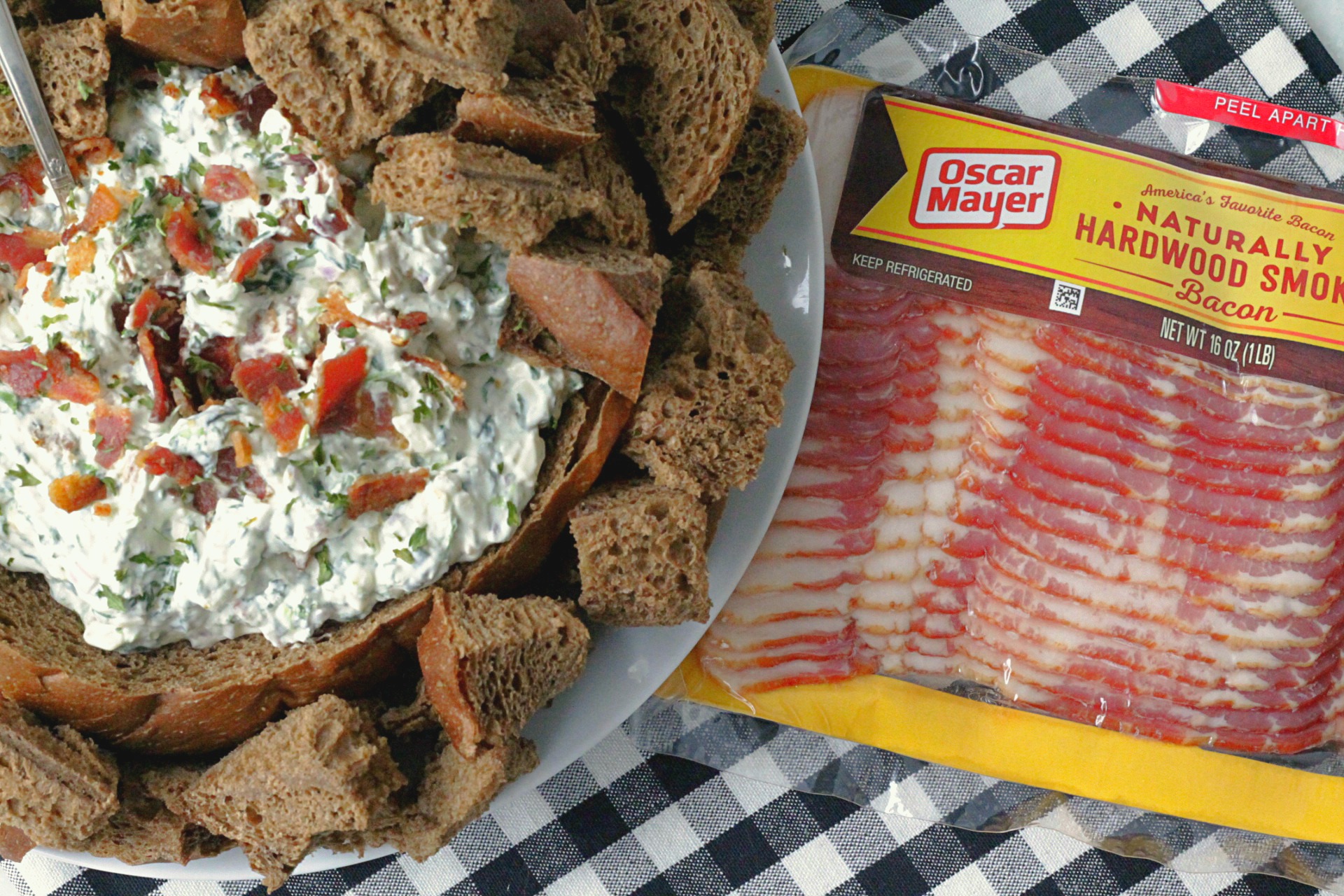 There’s a lot of different bacon brands to choose from but I’ve proven time and again in my own kitchen (whether I fry the bacon in a skillet or bake it in the oven) that Oscar Mayer Bacon cooks up perfectly every time and delivers the same great flavor in every bite.

Watch how to make Bacon Party Dip in a Bread Bowl:

This recipe is so full of flavor! The cream cheese and sour cream base is enhanced with ranch-type flavors from the finely chopped red onion, parsley, garlic and dill. The dip is loaded into a fresh Pumpernickel loaf of bread (you could substitute sourdough or a French-style bread if you prefer). And then the bread and dip are sent over the top with the addition of the crisp-cooked Oscar Mayer Bacon and its sugar cured, naturally smoked awesomeness. 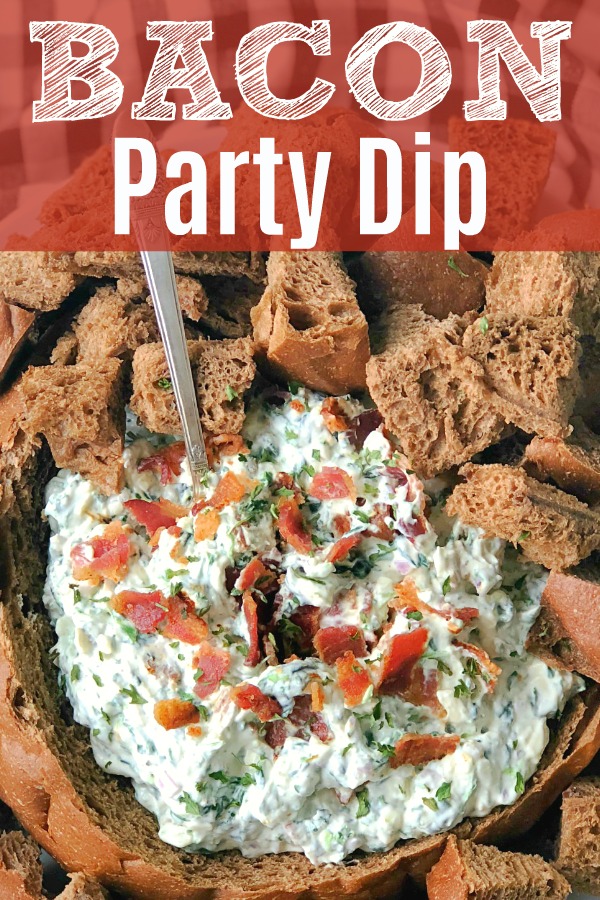 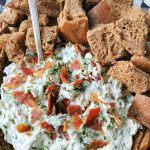