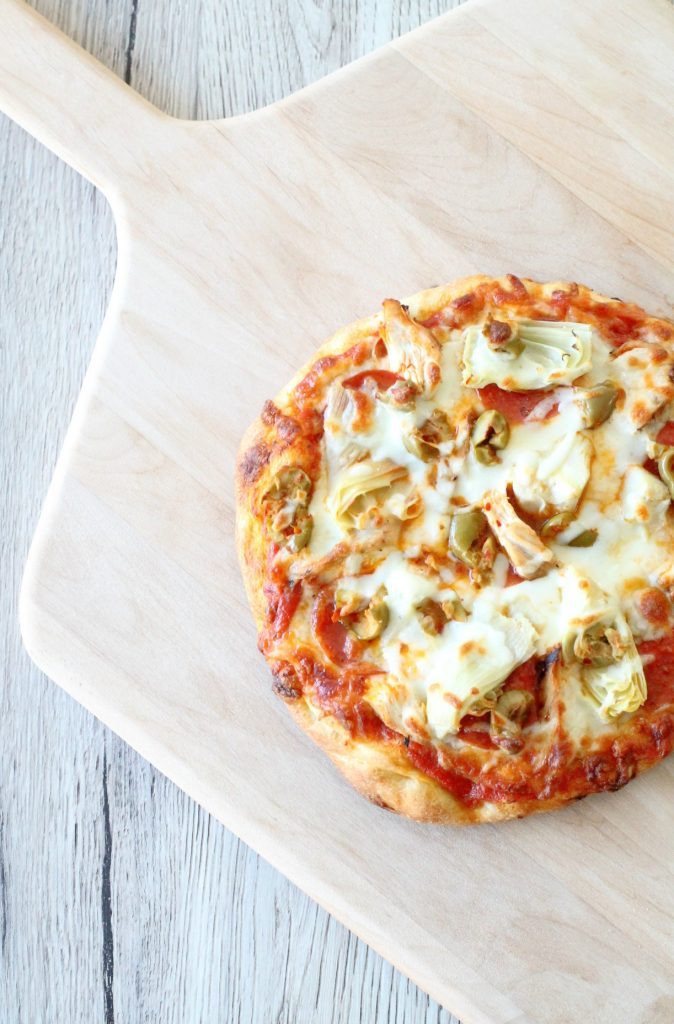 My son told a friend of ours a few weeks ago (when asked what his favorite kind of pizza was) that his absolute favorite pizza was mine – on our make-your-own-pizza nights. If that doesn’t make a mom feel good, I don’t know what does. So that’s why I’m sharing what I have found to be the best pizza crust recipe plus hints for making the best pizza at home. 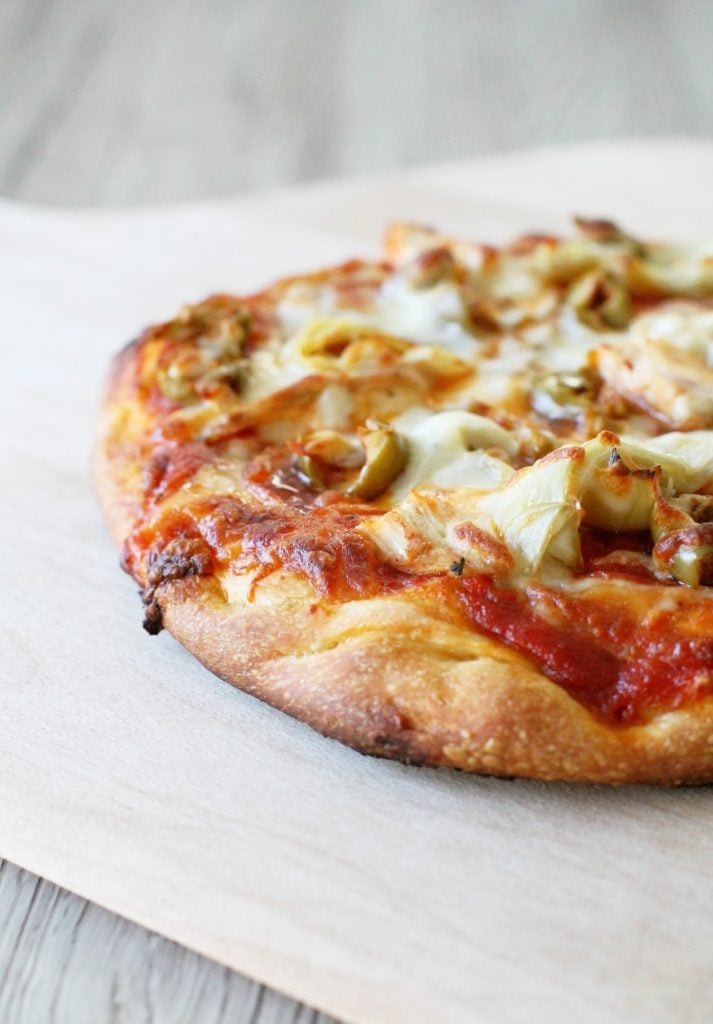 The more we make pizza the more I want to perfect the crust. The recipe I’ve settled on is an original recipe from the cookbook Baking Illustrated (from America’s Test Kitchen) and since they test the heck out of every recipe they publish I feel good about republishing it here (with some minor changes I’ve made based on numerous times making it in my own kitchen). 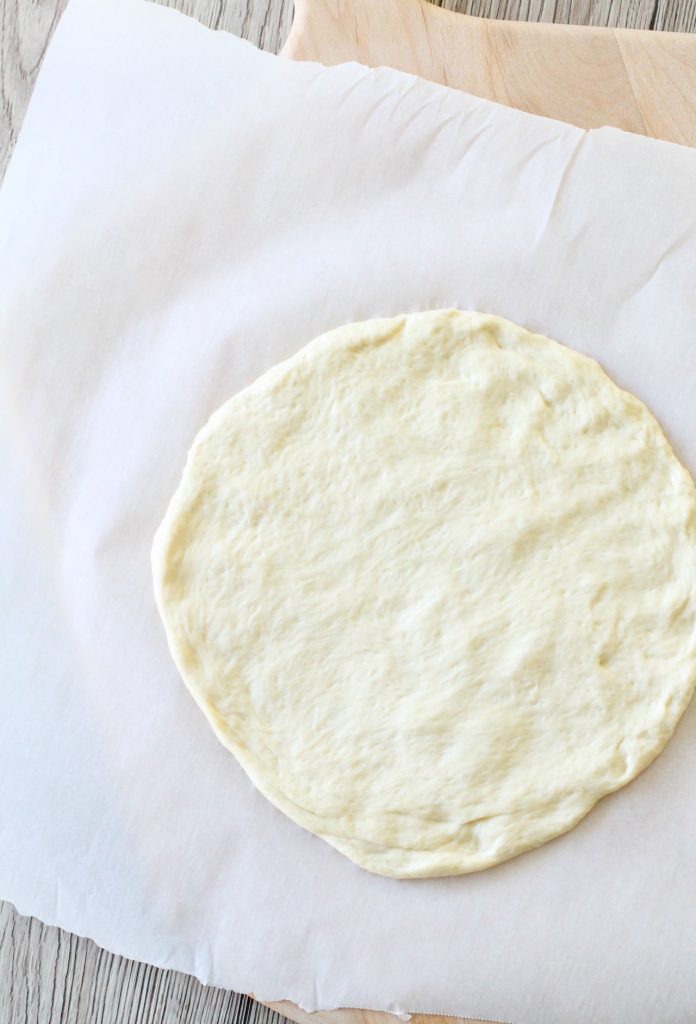 Once the crust is rising I prepare bowls of toppings for everyone to share. Sometimes we use a pizza sauce but often times I melt some butter and add a clove of fresh garlic to the butter before brushing it lightly over the crust. We usually have two protein choices (chicken, pepperoni, a variety of sausage, bacon); a selection from my grocery’s “olive bar” (olives, artichoke hearts, roasted red peppers, sun dried tomatoes) and sometimes sliced fresh vegetables (bell peppers, onions, mushrooms, broccoli). For the cheese I shred a big ball of mozzarella. Not fresh mozzarella, just vacuum-sealed, grocery store variety cheese. For most applications, I will argue that freshly shredded cheese is best. It just tastes and melts much better than the pre-shredded variety. 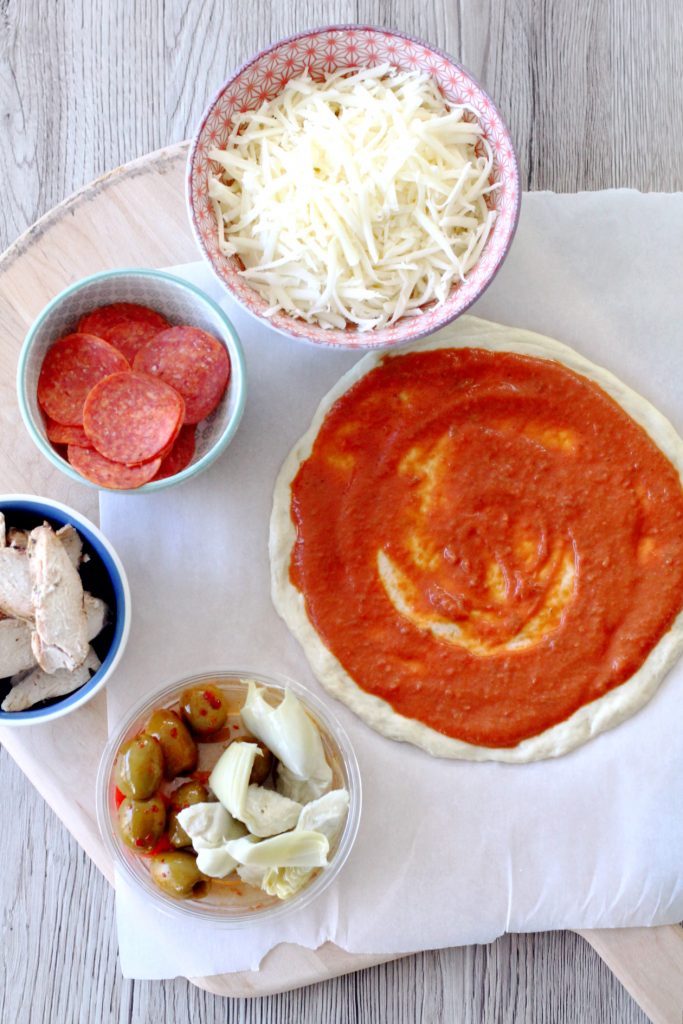 Everyone gets a sheet of parchment paper and a ball of dough. After shaping and topping the pizzas, we take turns baking our individual pizzas on a preheated baking stone in the oven. I’m not going to pretend this doesn’t take a while – it does. But it’s a great time for conversation and interaction – a terrific activity for family movie night or a social gathering with friends. Now go make some pizza! 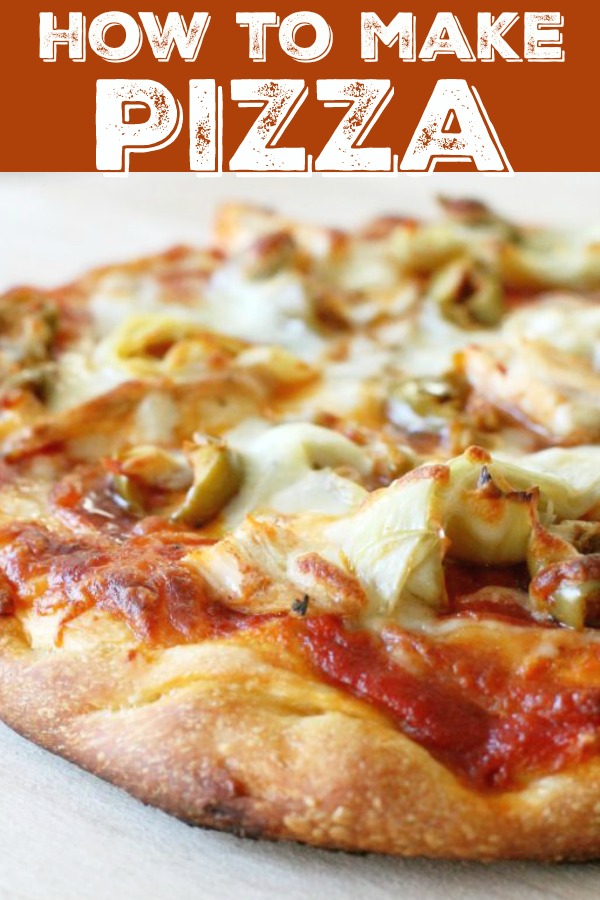 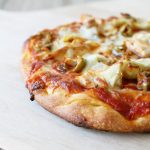