This Hamburger Hashbrown Skillet with Freddy’s Fry Sauce and Seasoning brings the taste of Freddy’s famous steakburgers home in a simple to prepare and family pleasing recipe for dinner. This recipe is sponsored by Freddy’s Frozen Custard and Steakburgers. All opinions are mine alone. 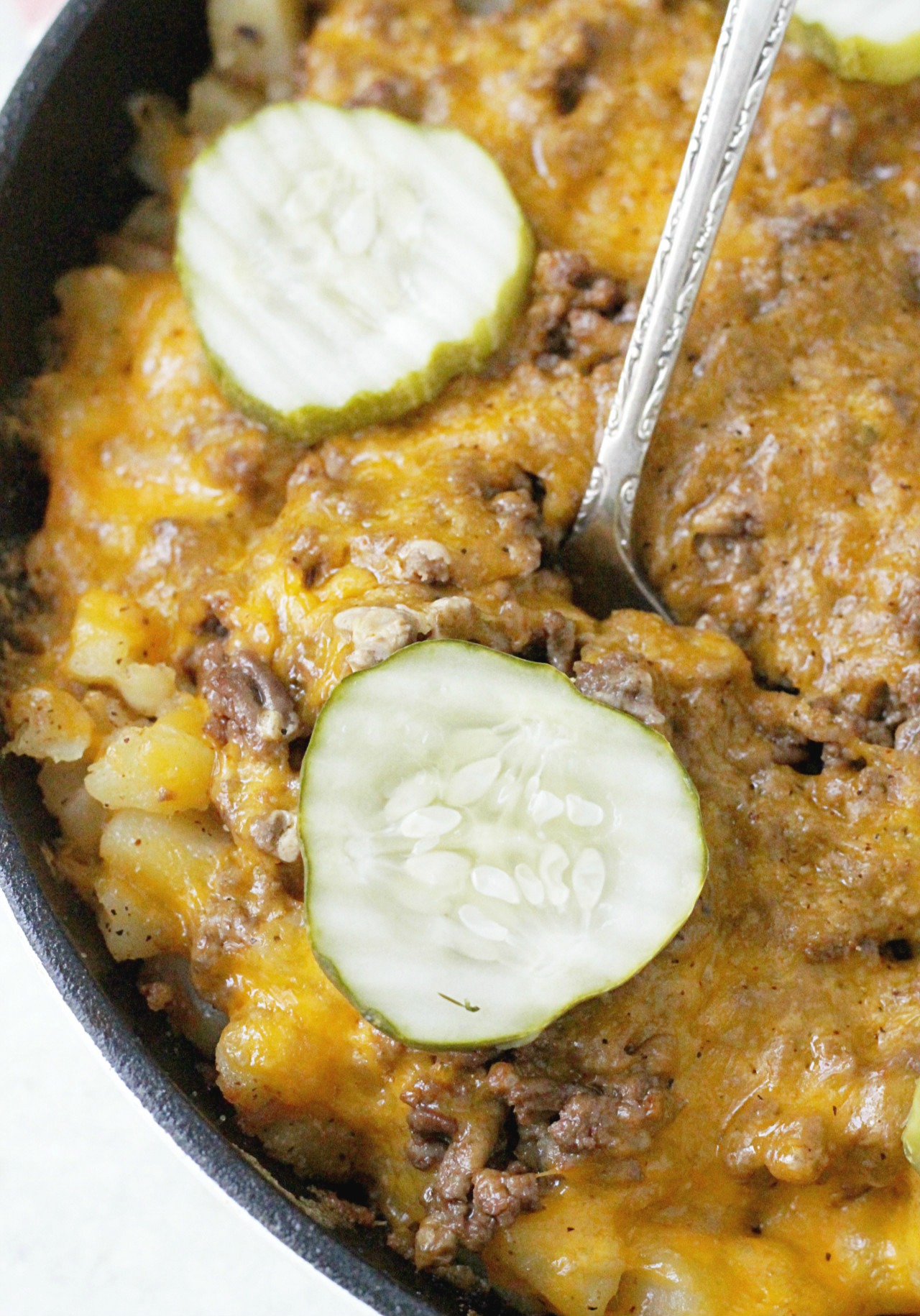 Many nights around here I need recipes that are stupid simple to prepare. Just a few ingredients and big on flavor and usually with meat and potatoes to keep my hungry kids satisfied. We really enjoyed this Hamburger Hashbrown Skillet. It’s on the table in less than 30 minutes with just six ingredients! 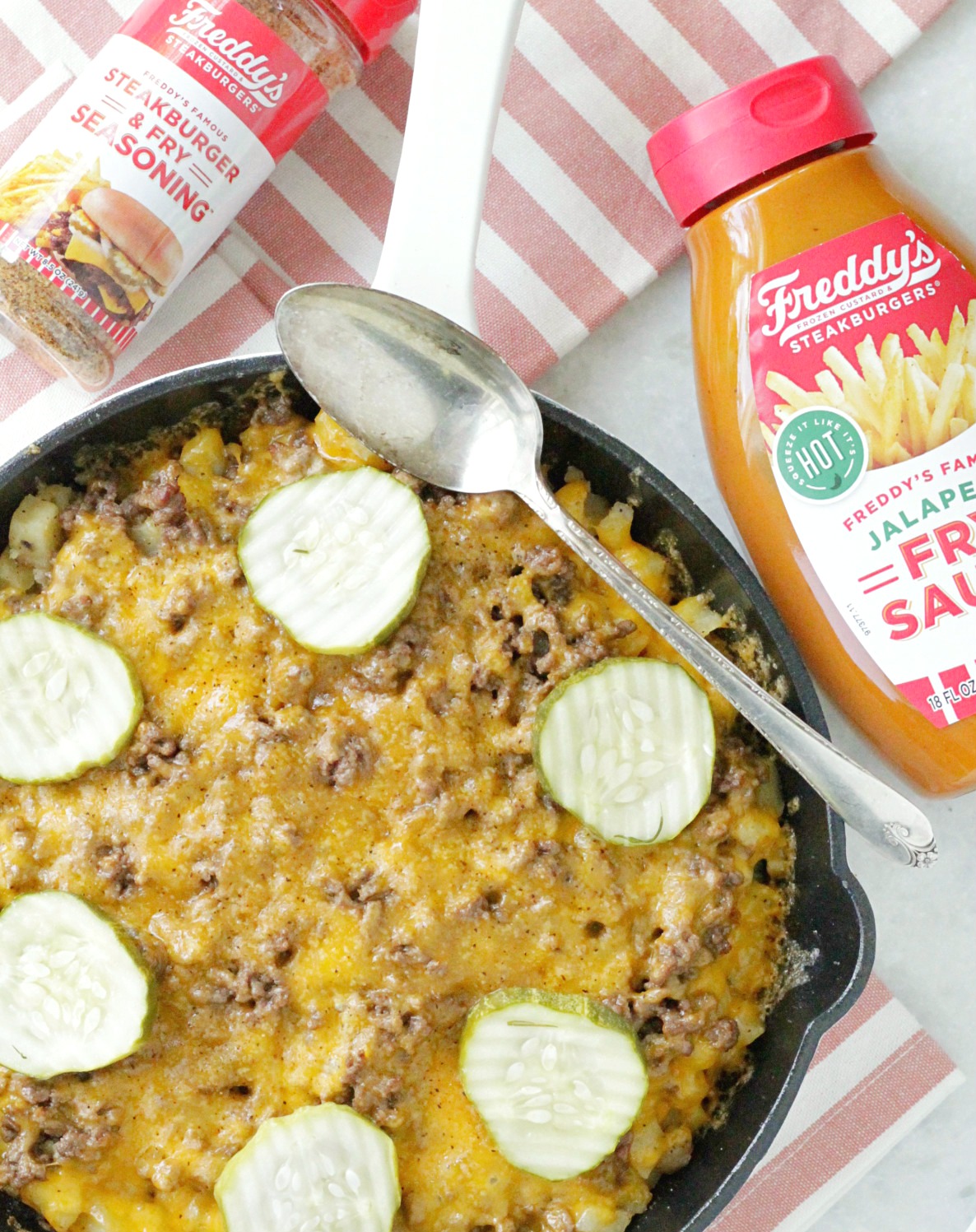 My family and I recently enjoyed our first trip to our local (in Amelia, Ohio) Freddy’s Frozen Custard and Steakburgers. It’s hard not to love a place that serves cheeseburgers, fries and delicious frozen treats. Plus our Freddy’s hosts family nights each week, featuring free kids’ desserts, toys, balloons and coloring. That’s a fun night for sure! 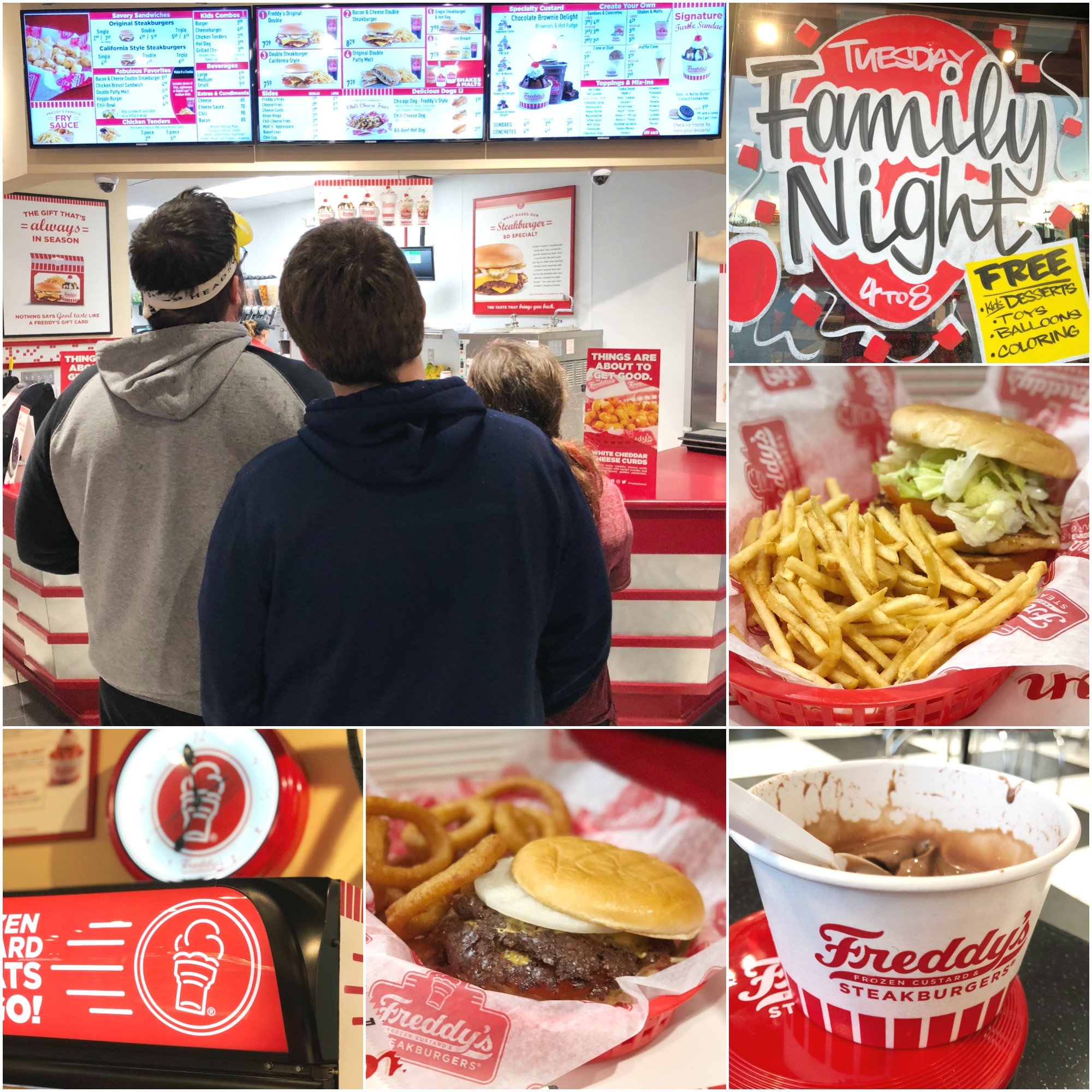 Freddy’s sells its famous fry sauce and seasoning so that you can bring the taste home with you. And so I decided to use both the Jalapeño Fry Sauce and the seasoning as part of my simple and delicious hamburger hashbrown skillet. The hamburger is browned and flavored with the fry sauce. Then the cubed hashbrowns are cooked in the same skillet and seasoned with the Freddy’s seasoning. The hamburger and potatoes are topped with cheese and quickly melted in the oven for a meal that is completely satisfying (and gluten-free). You totally need to try this recipe! 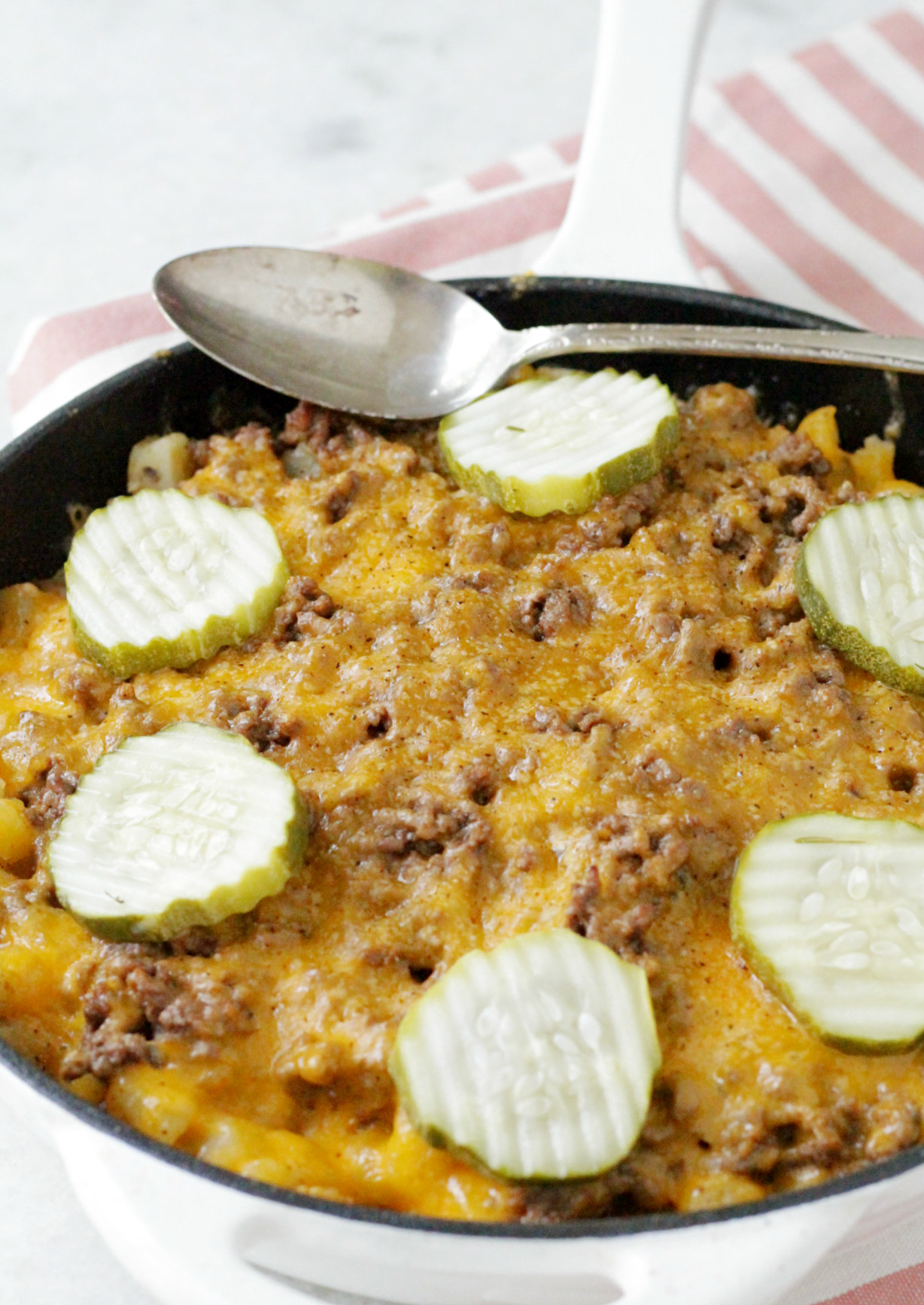 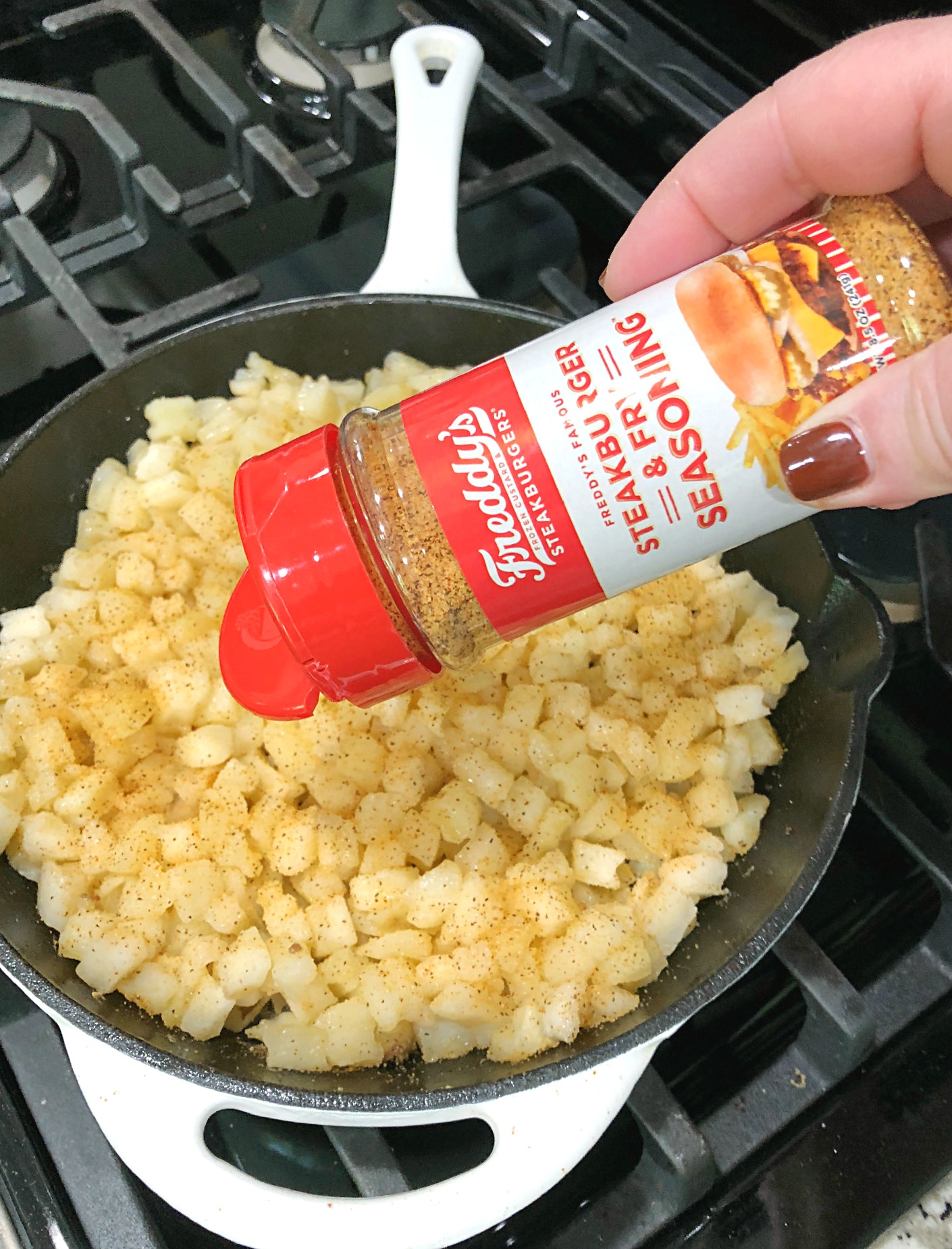 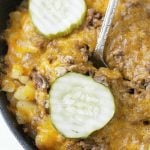