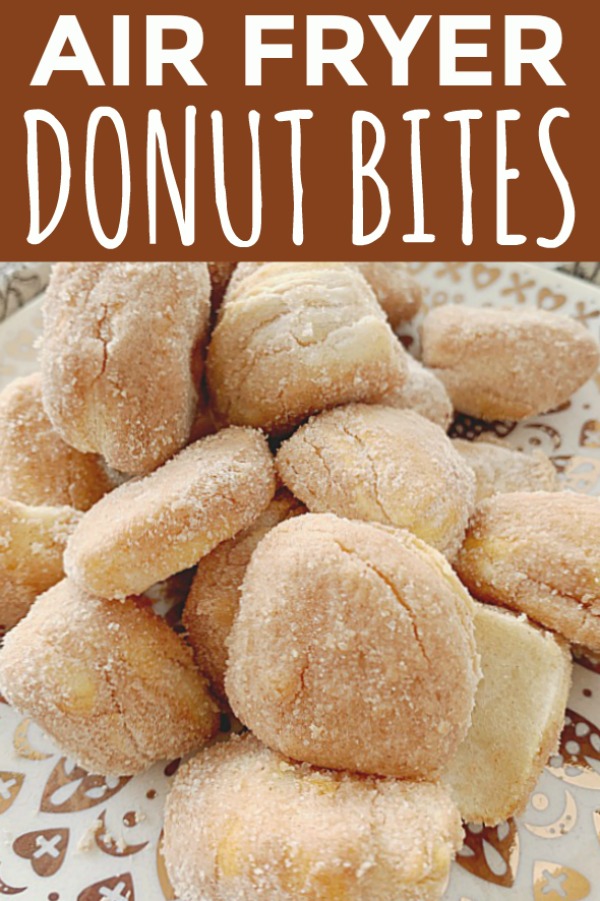 These Air Fryer Donut Bites take less than ten minutes to make and are dangerously delicious. 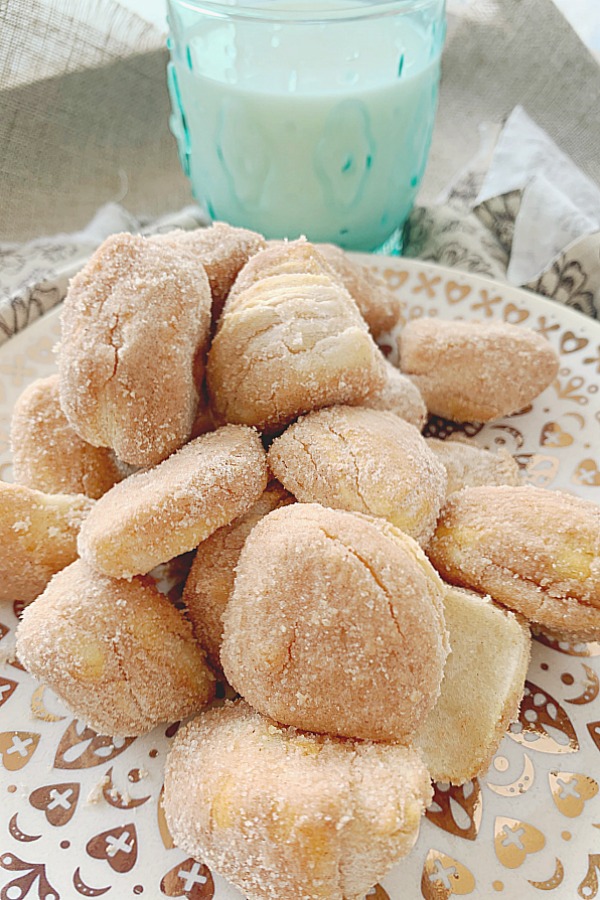 My air fryer is growing on me. For a long time I just bought frozen snacks for it so the kids could feed themselves after school. Then I started buying stuffed chicken breasts for my lunches because they do taste a lot better cooked in the air fryer than the oven. But then my recipe for air fryer pizzas took off and I realized that it had some potential for me to start creating recipes for it. 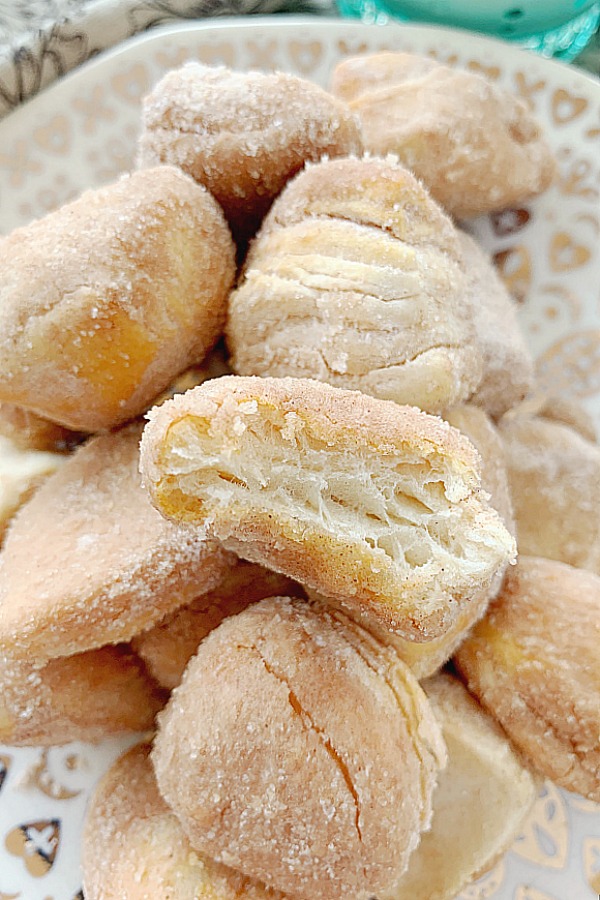 A tube of five buttermilk biscuits is just the right amount to cook one batch of donut bites to feed 3 or 4 people. But I’ll be honest, if I didn’t exercise some serious will power I could have eaten this whole recipe by myself. They are so addictive – so don’t say I didn’t warn you! 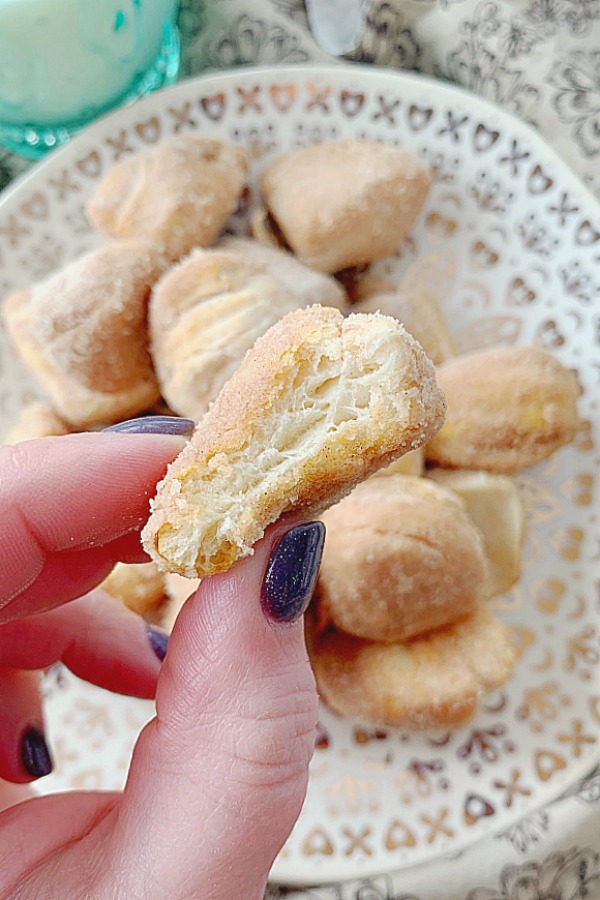 Each biscuit is cut into four pieces. The air fryer basket is brushed with a bit of melted butter and the donut bites cook in just five minutes. They are dipped in a little more melted butter. Then shaken in a half gallon zippered bag with both powdered and granulated sugar mixed with cinnamon. They were ready in less than ten minutes. I could easily make these for a school morning breakfast for an extra special treat. 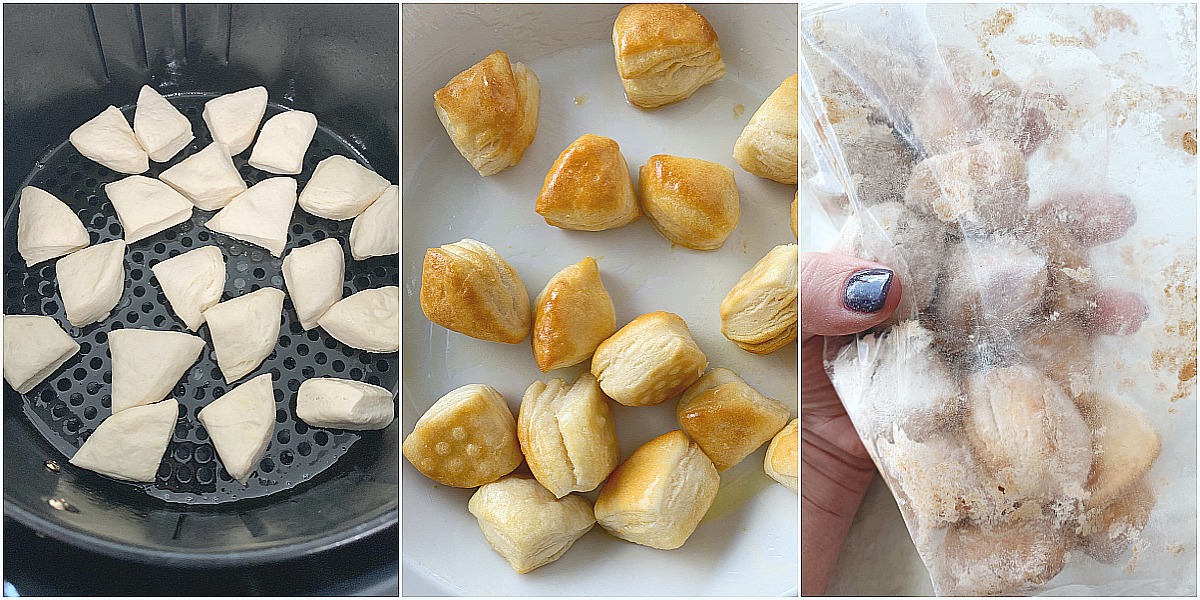 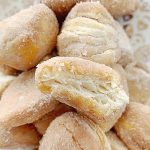