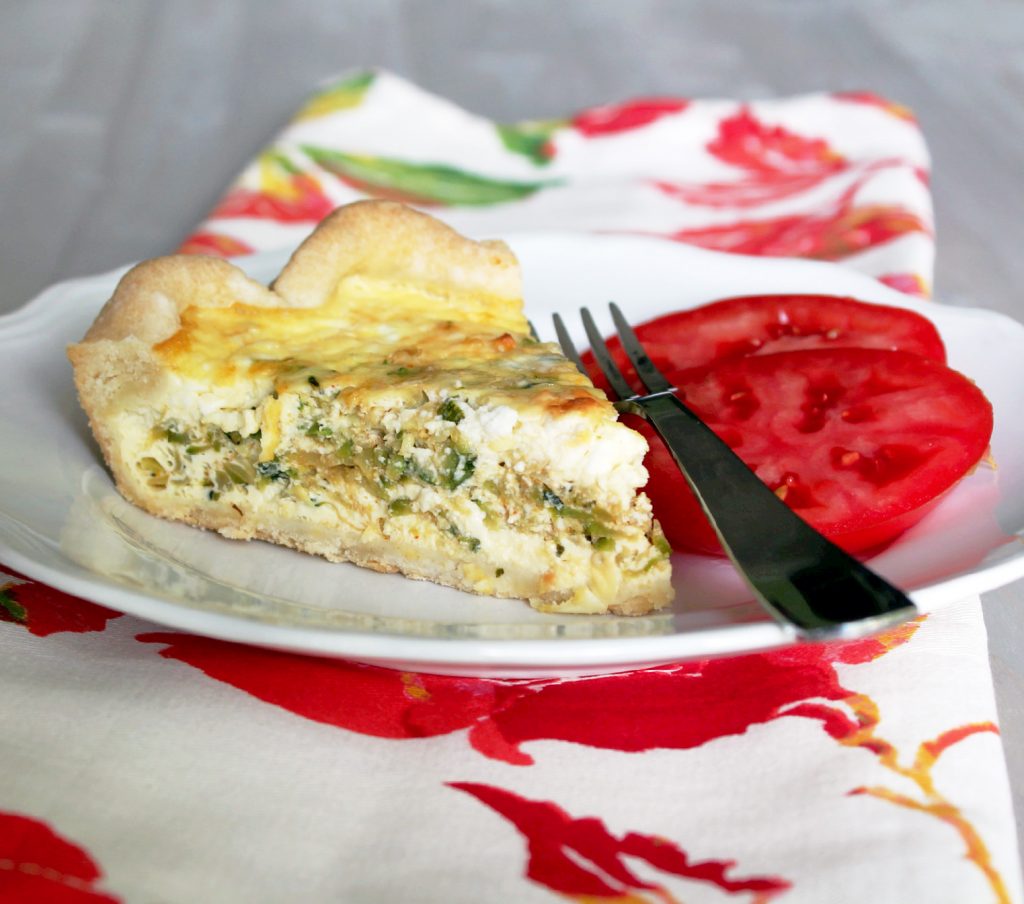 I’m not sure if quiche is its own category or if it can be considered a pie. In this case, I am filing it under pie because while the new crust recipe I tried promised to be “no fail”, I managed to make it fail. Actually, the finished product tasted just fine, but the recipe promised to make four separate single crusts, and by the time I added copious amounts of extra flour {not called for} and got to the rolling phase, it took me to the fourth portion of dough {the other three ending up in the trash can} to get something resembling pie crust in my dish.

I did get a pretty picture of the quiche right out of the oven. And while I can pretend this is an “artsy” angle, in reality the edge portions of the crust on the other sides weren’t exactly model quality.  Don’t let my mistakes deter you however, I’m simply sharing for background so you know why in the recipe I’m simply calling for a “ready-made” crust, or your own favorite single pie crust recipe… I simply can’t recommend the crust recipe I happened to use this time in good conscience. 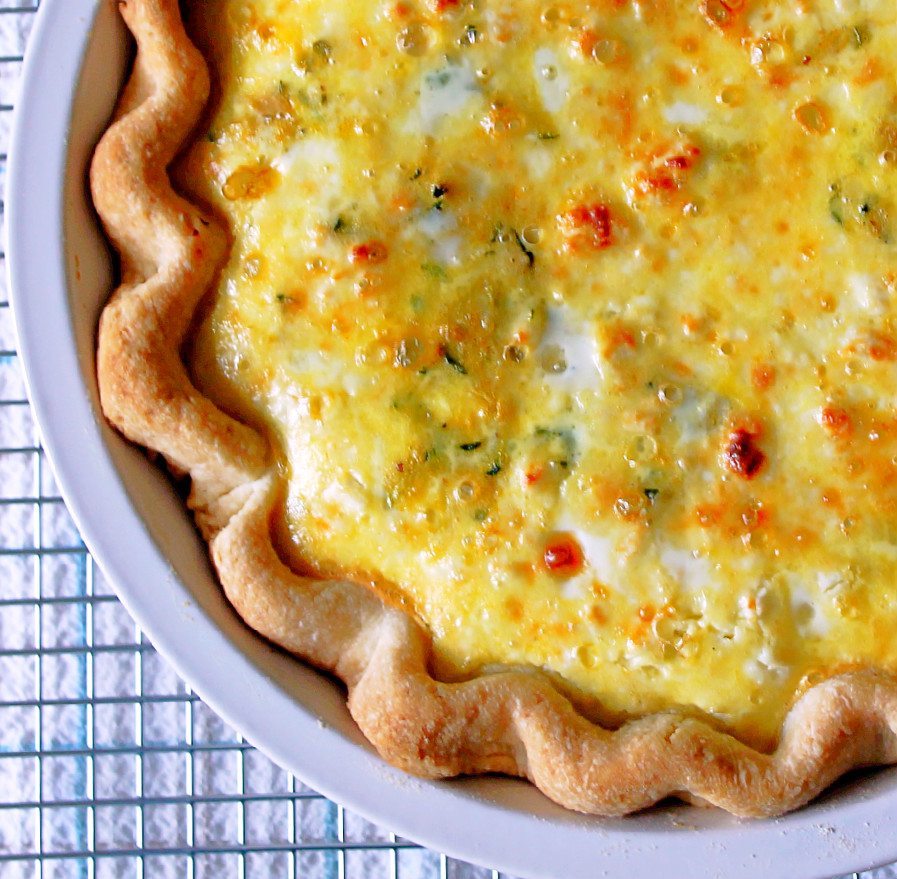 The filling on the other hand was absolutely awesome and a yet another way to use up the bounty of zucchini you may have hanging around. A fresh sliced tomato was all we needed to accompany this quiche for dinner and despite my crust headaches at the beginning, I know I’ll make this quiche again. A note about the seasonings, I used both Country French Vinaigrette spice mixture and Hungarian Style Sweet Paprika from Penzeys Spices. The Country French is a mix of dry mustard, garlic, tarragon, chives, thyme and rosemary. If you don’t want to go out and purchase this specific mix, I’m writing a substitution in the quiche recipe as well. 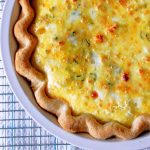