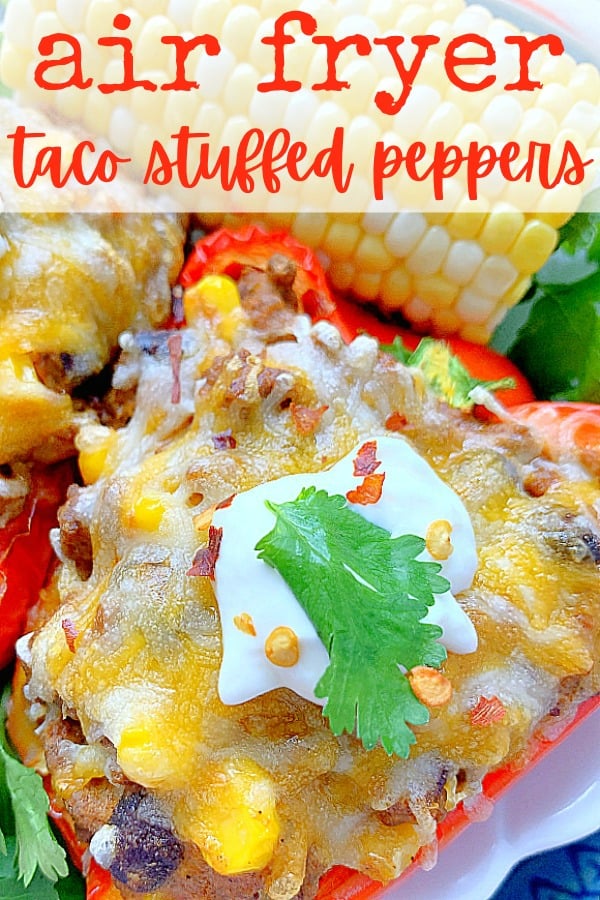 Air Fryer Stuffed Peppers are a quick and simple to make dinner for a busy weeknight. Red bell peppers stuffed with taco-seasoned ground beef and topped with cheese. 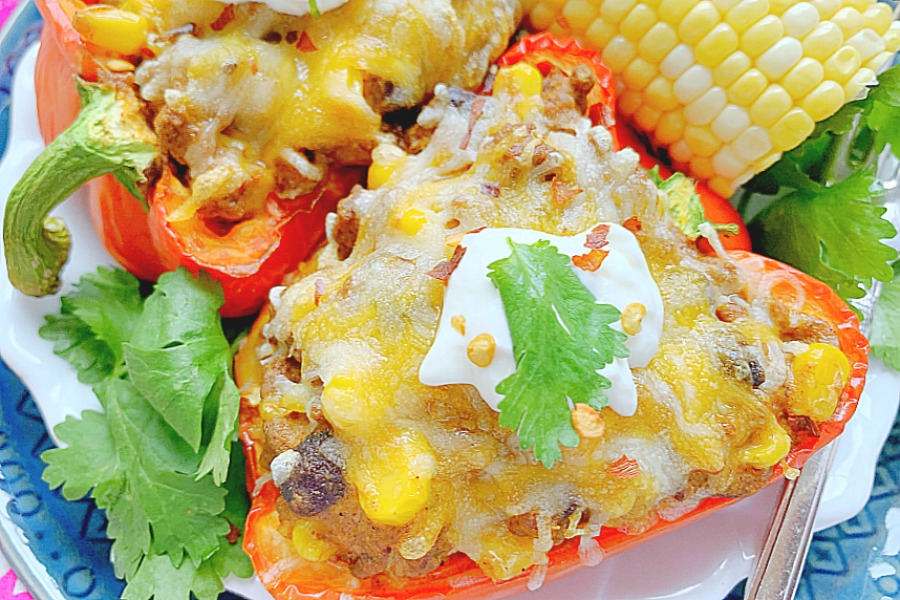 Traditional stuffed peppers aren’t a quick meal. They require a lot of time in the oven to cook the meat and rice stuffing. Making stuffed peppers in the air fryer however makes this a quick, weeknight meal. Instead of the traditional stuffing, I decided to make these peppers taco-style. That way my kids are more likely to eat them. They’ll pretty much eat anything that resembles a taco or Mexican-style food. My Air Fryer Stuffed Peppers are filled with taco seasoned ground beef, salsa, corn and black beans. Then topped with melty Mexican shredded cheese. 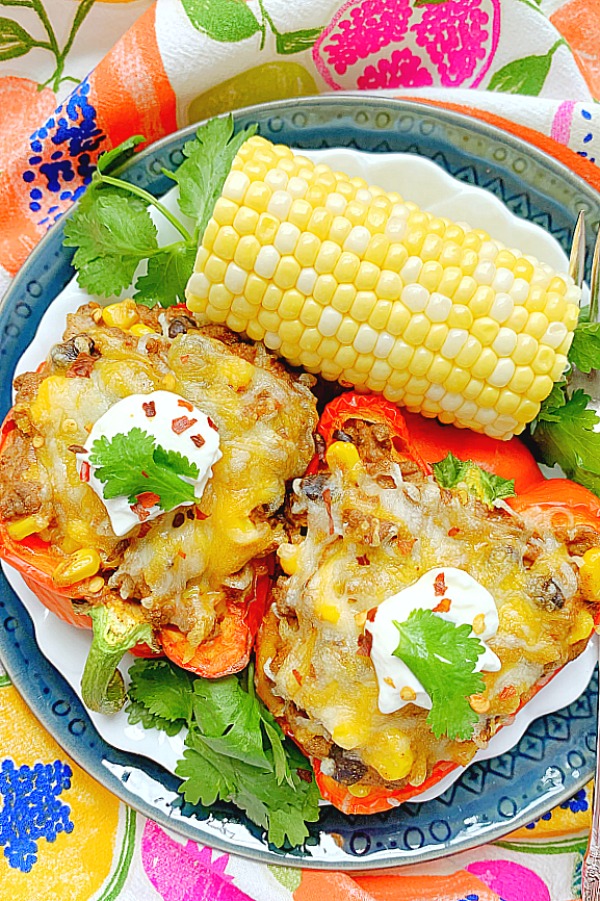 What you need for Air Fryer Stuffed Peppers 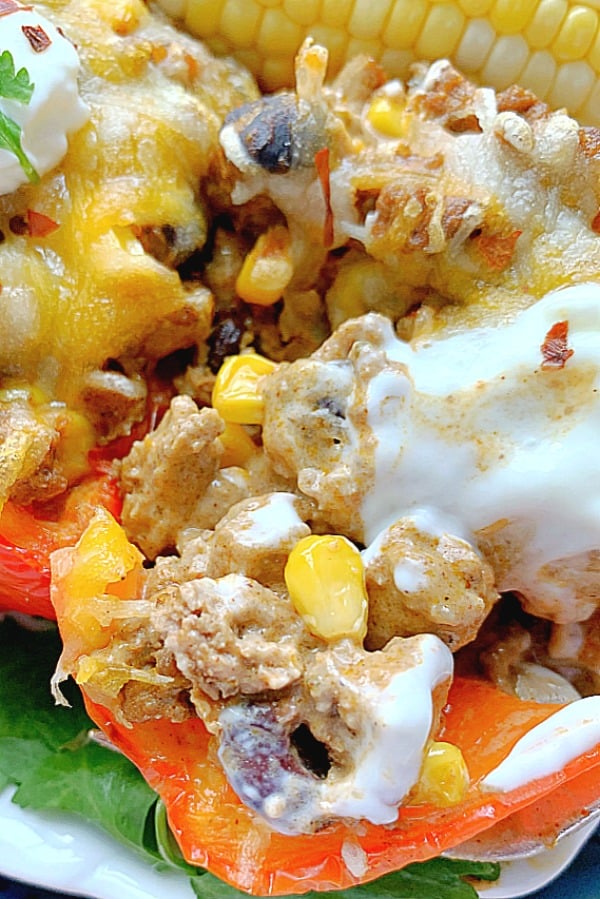 They are not Keto because of the corn and black beans. However these stuffed peppers are healthy-ish because of the pepper in place of tortillas. You’re getting a lot of nutrients from the cooked pepper. And it is still a meal that is lower in carbs than if you were eating a taco or burrito or rice bowl.

Frying the peppers before filling is the way to go

The filling cooks on the stove top. And the peppers need to cook first so they have time to get tender. The filling doesn’t need to cook that long inside the peppers. Because it’s already been cooked in a skillet. This is the primary way my recipe differs from other air fryer stuffed pepper recipes. 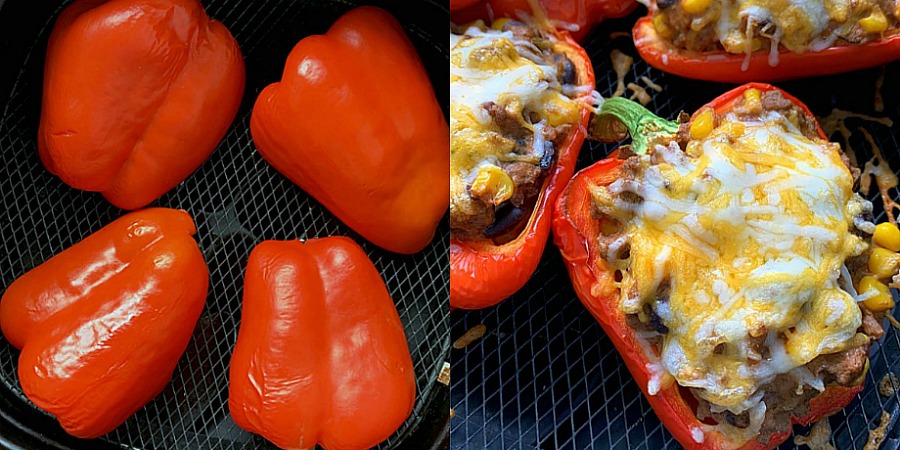 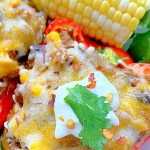