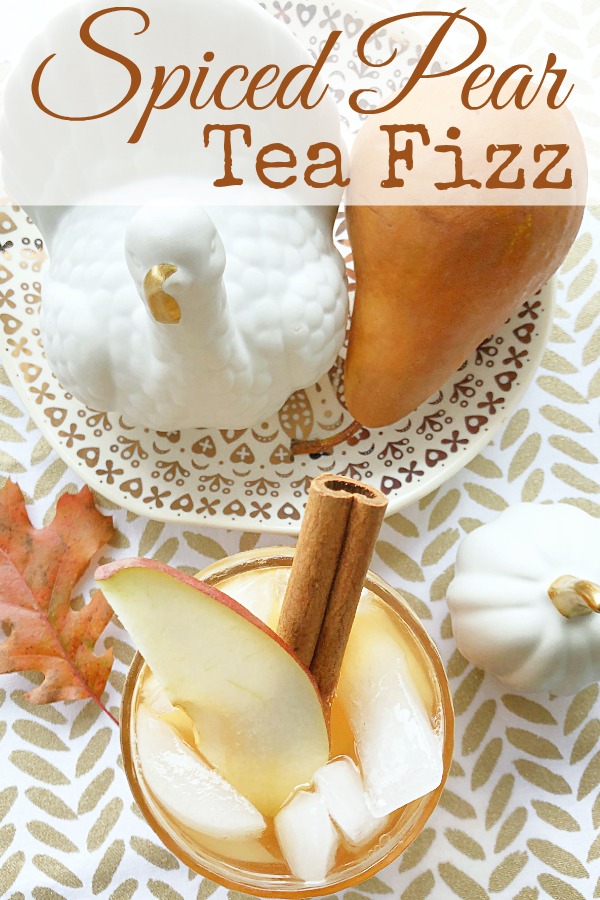 This Spiced Pear Tea Fizz recipe was created in partnership with Milo’s Tea. All opinions are my own.

Growing up my mom always had a gallon-sized jug of iced tea in our fridge. So at the holidays, and especially for Thanksgiving dinner, my drink of choice is iced tea. I’m partial to unsweetened tea over ice which makes me in the minority. Most people like more sweetness and flavor in their tea. So this year I’m going to serve this Spiced Pear Tea Fizz made with Milo’s famous Unsweet Tea. Milo’s is also available sweetened with pure cane sugar and no calorie sweetened with sucrose. All their teas have a clean ingredient list! 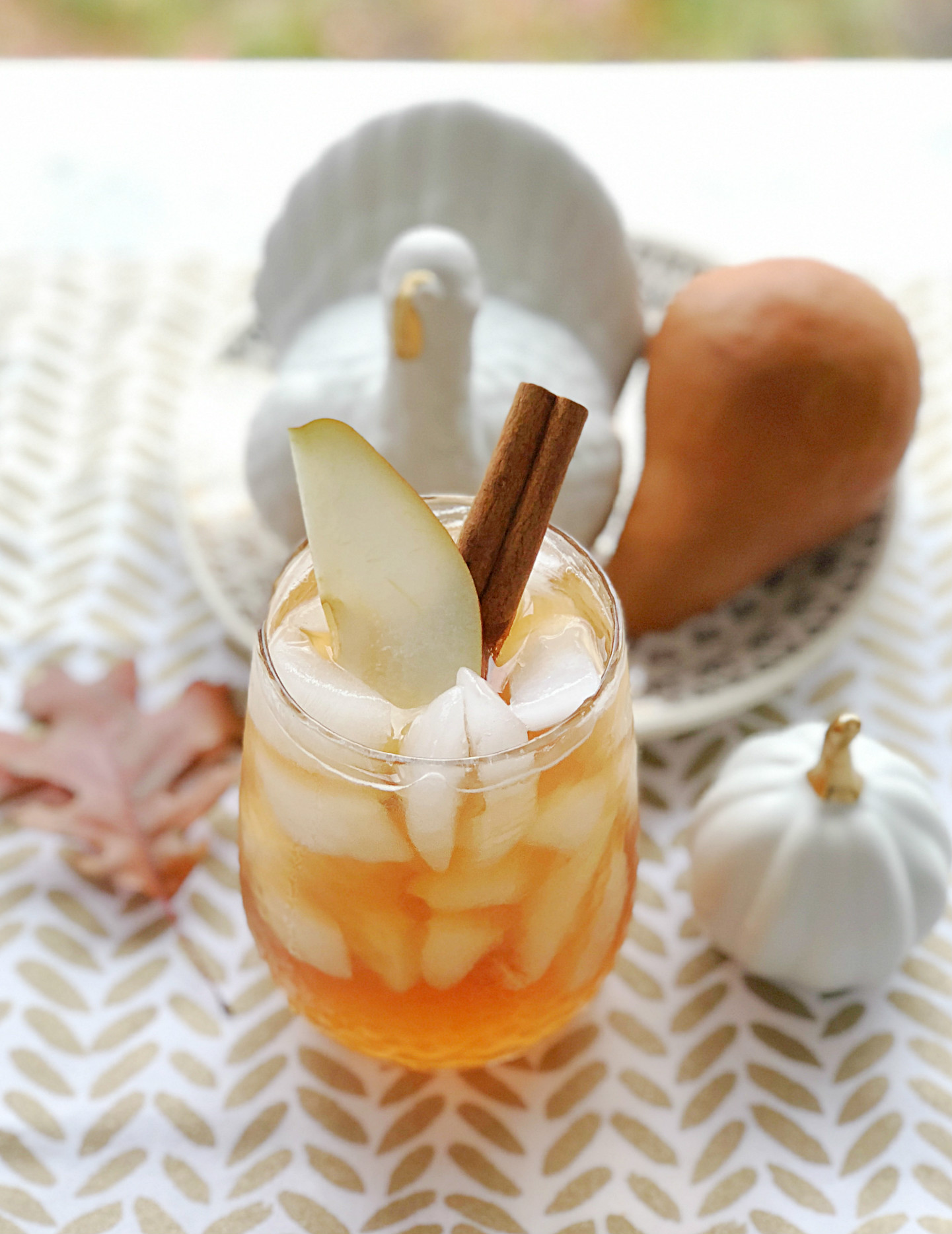 Milo’s started as a restaurant in 1946, owned by Milo and Bea Carlton after Milo returned from serving in World War II. By 1989 their iced tea was so famous that the family began selling it in gallon jugs to local supermarkets. Their award-winning tea is brewed with real tea leaves and includes no preservatives or added acids. Where to find Milo’s Tea? Find Milo’s in the refrigerated juice section of your local supermarket! Click here for the store locator and enter your zip code! 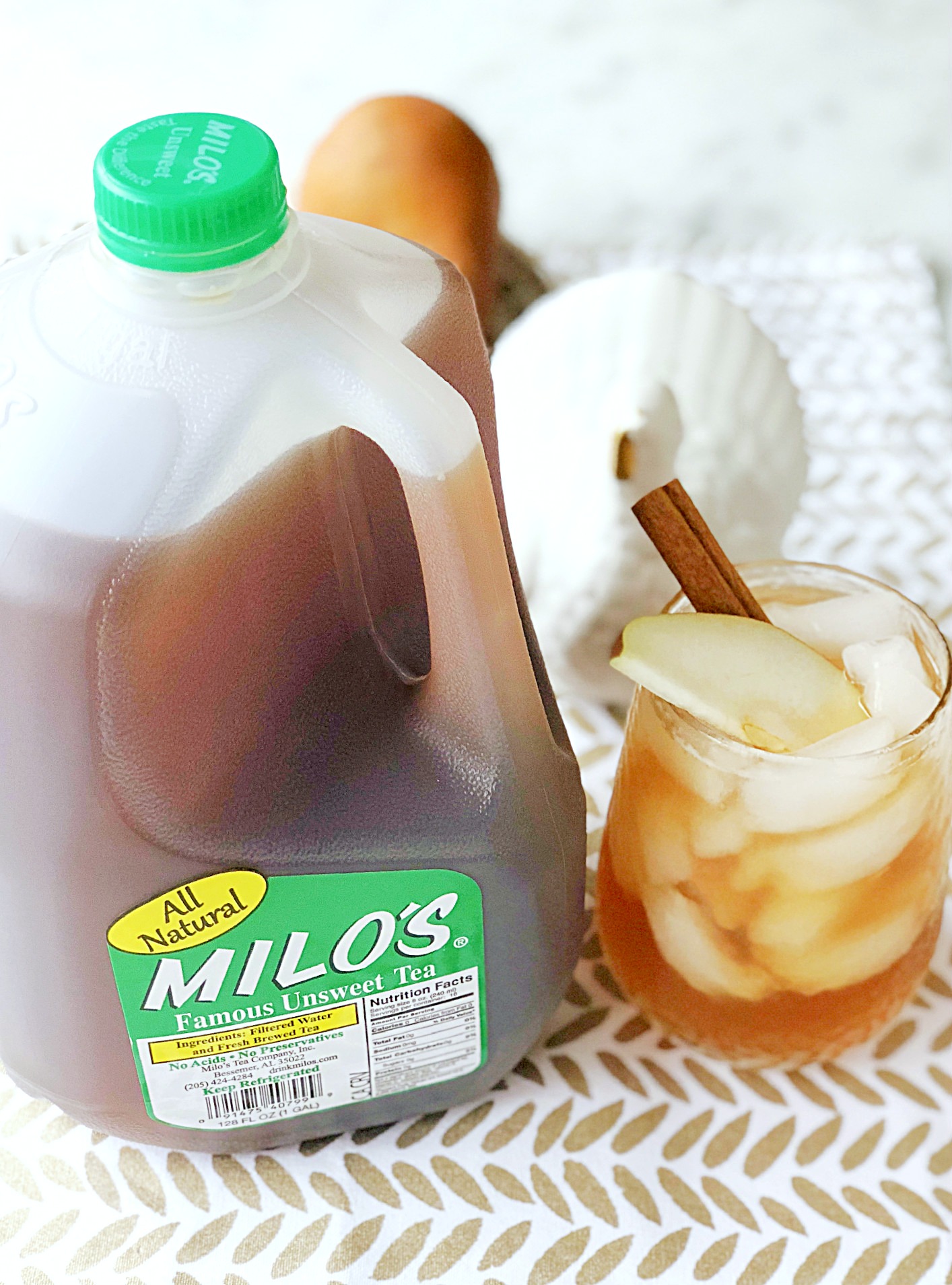 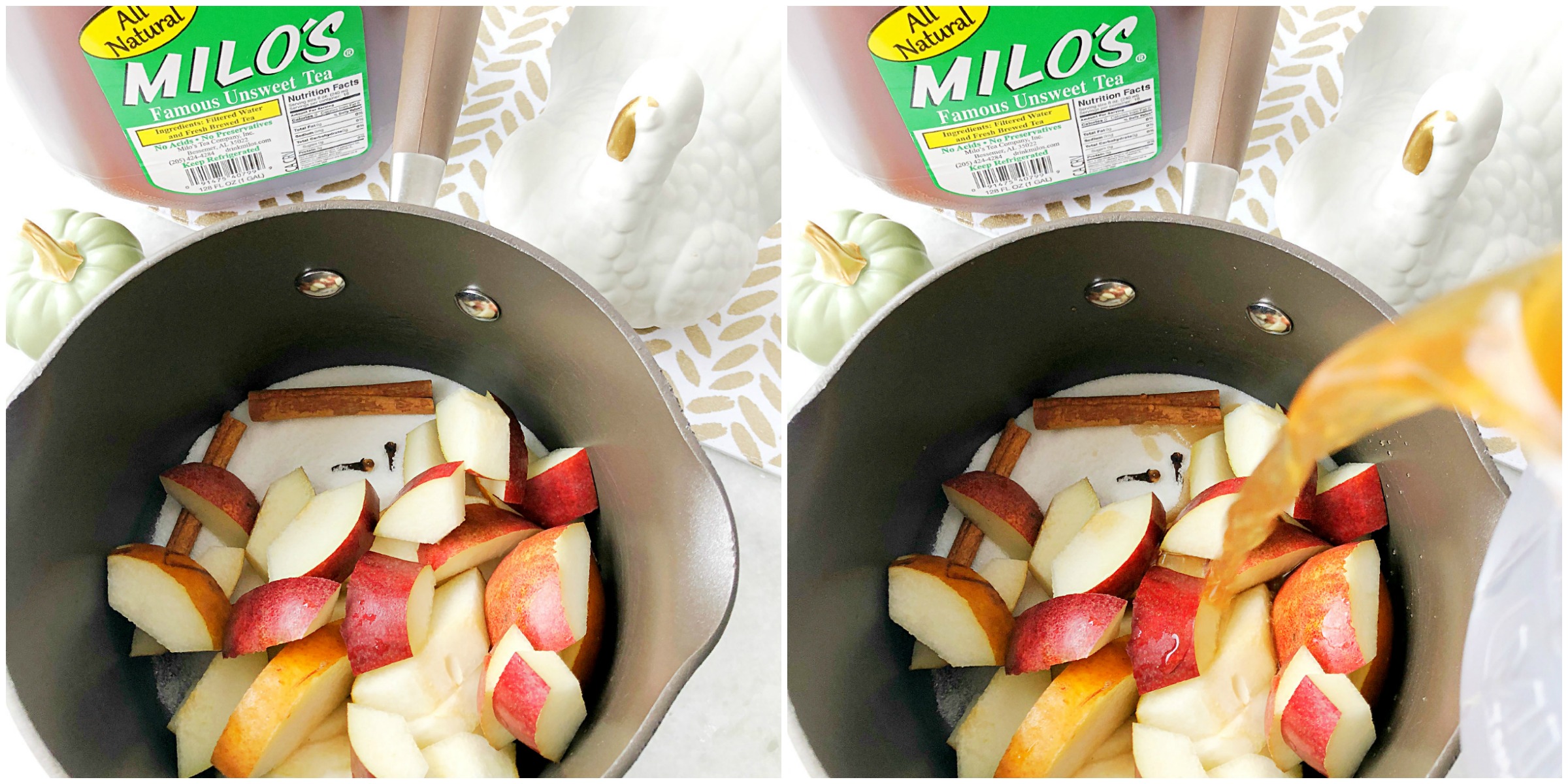 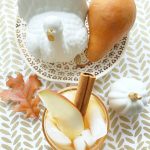