We are almost to Memorial Day Weekend! Hard to believe isn’t it? Especially here in southern Ohio where the temperatures are actually down in the 50’s… craziness, I tell ya. It doesn’t actually feel like May weather outside my door, so maybe that makes my cake topped with roasty-toasty marshmallow frosting all the more appropriate to share today.

I’ve got to come clean and tell you this wasn’t the cake I’d originally planned to share with you today. I’d had high hopes for another Bundt cake, flavored like Spumoni ice cream. I modified a recipe I’d found on a blog for a Neopolitan bundt cake… one batter, flavored three different ways, chocolate, vanilla and strawberry. My cake was going to be flavored with chocolate, pistachio and cherry. It seemed like such a fabulous idea, but guess what? It was one of the biggest cake FAILS I’ve ever had. Totally a minor problem in the grand scheme of things, but I was temporarily frustrated that I’d wasted the time making that mess of cake. Plus it put me a day behind in my blog posting schedule. 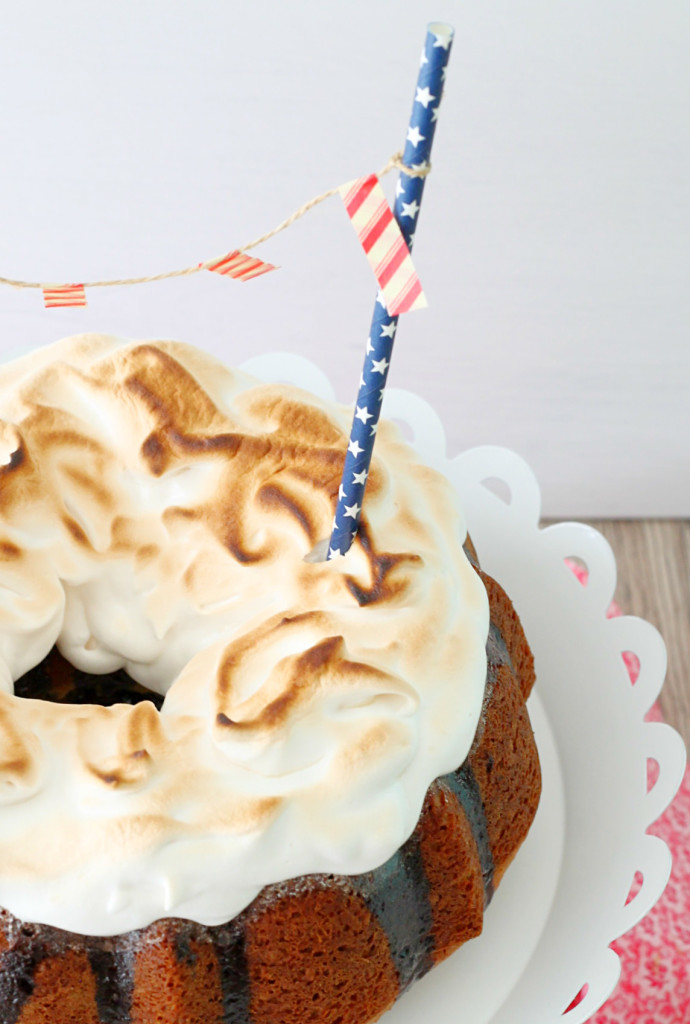 Oh well. It does mean that I’m skipping my Freezer Fridays series this week… but I might have done that anyway because we are heading into a 3-day holiday weekend and I’ve got a lot of fun, non-blogging stuff planned. I hope you do too! Don’t worry though, I’ll be back next Friday with another freezer-friendly recipe for you. 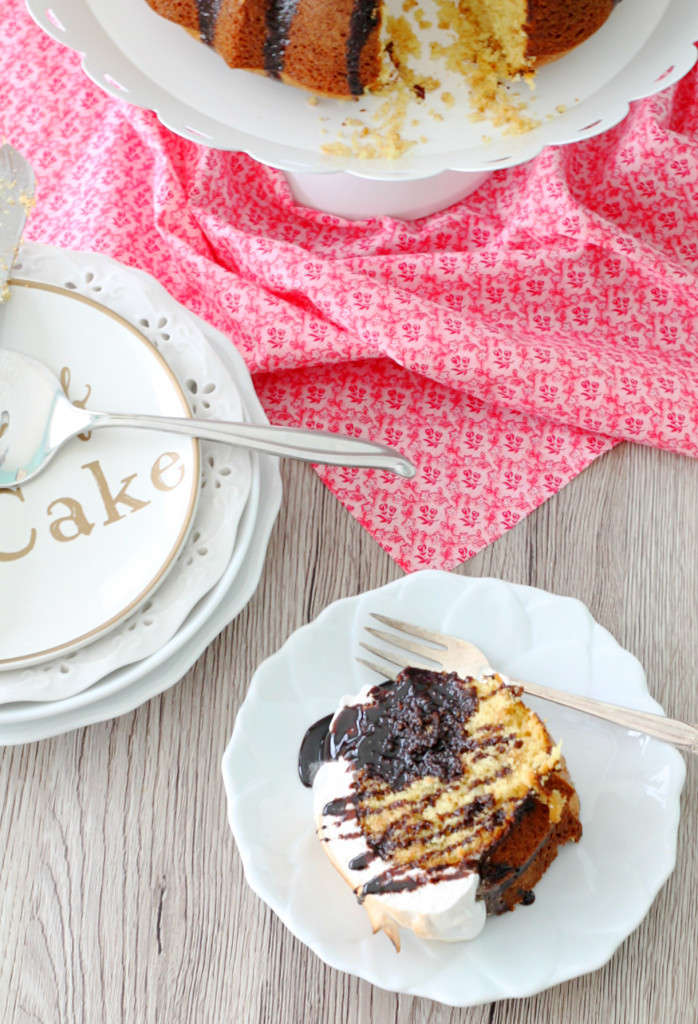 So the basic idea for this cake started from THIS recipe. It begins with a box mix, so it’s easy to whip up for a holiday gathering. The chocolate drizzle is simply a jar of store-bought hot fudge sauce. And the frosting is a no-cook, 7-minute variety. Egg whites, sugar, vanilla, cream of tarter and a little boiling water to make sure the egg whites are safe. I whipped it up in no time then placed the cake on a sheet pan under my oven’s broiler to toast the “marshmallow” frosting. I don’t own a kitchen torch, otherwise I would have used one! But this cake is sturdy enough that I could move it from the pan to a cake stand with no accidents. And because it starts with a box mix, it still has a soft, tender crumb.

And who doesn’t love S’mores, right?! I think this is a real show-stopper of a way to serve s’mores for a crowd. Be sure and Pin this recipe for your next holiday gathering. Your friends (and/or family) will be impressed and won’t know how little effort this cake really takes! 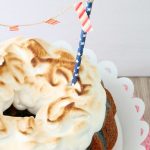