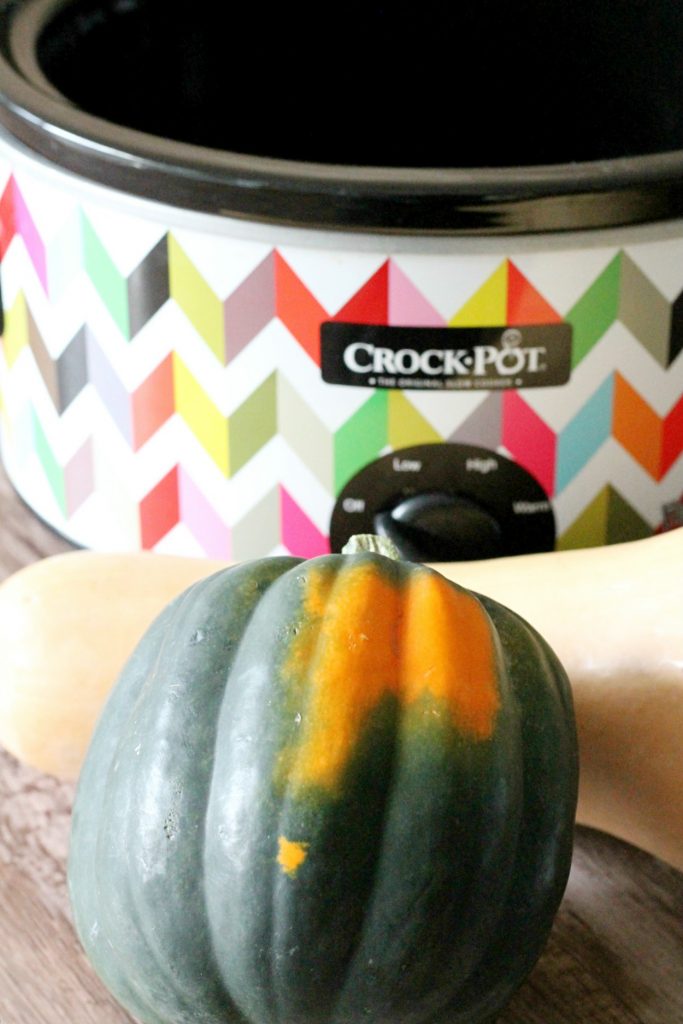 I published a squash soup recipe a long time ago on the blog but it required the squash to be roasted separately in the oven before adding it to the soup on the stove top. So I decided to streamline the process and make this a soup that could be served on any fall evening with the help of a slow cooker. 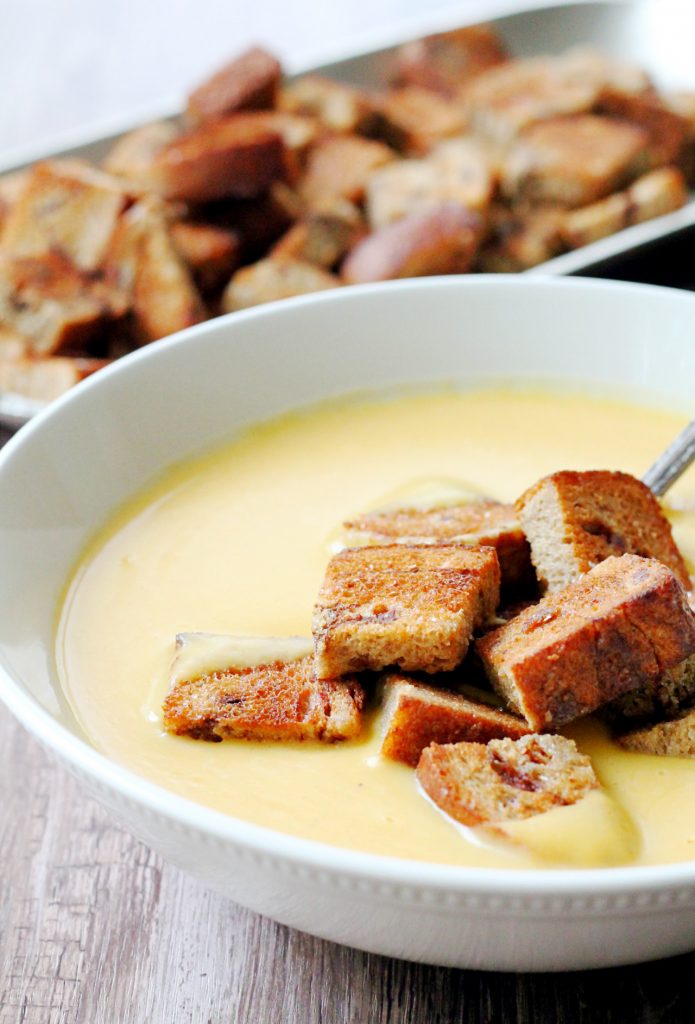 Peeled and diced butternut and acorn squash are added with an onion, chicken stock, apple cider, salt, pepper, cinnamon and nutmeg. After cooking down to sweet, tender perfection some whipped cream cheese is added for that “creamy” effect and then it’s all blended into a golden, velvety soup. 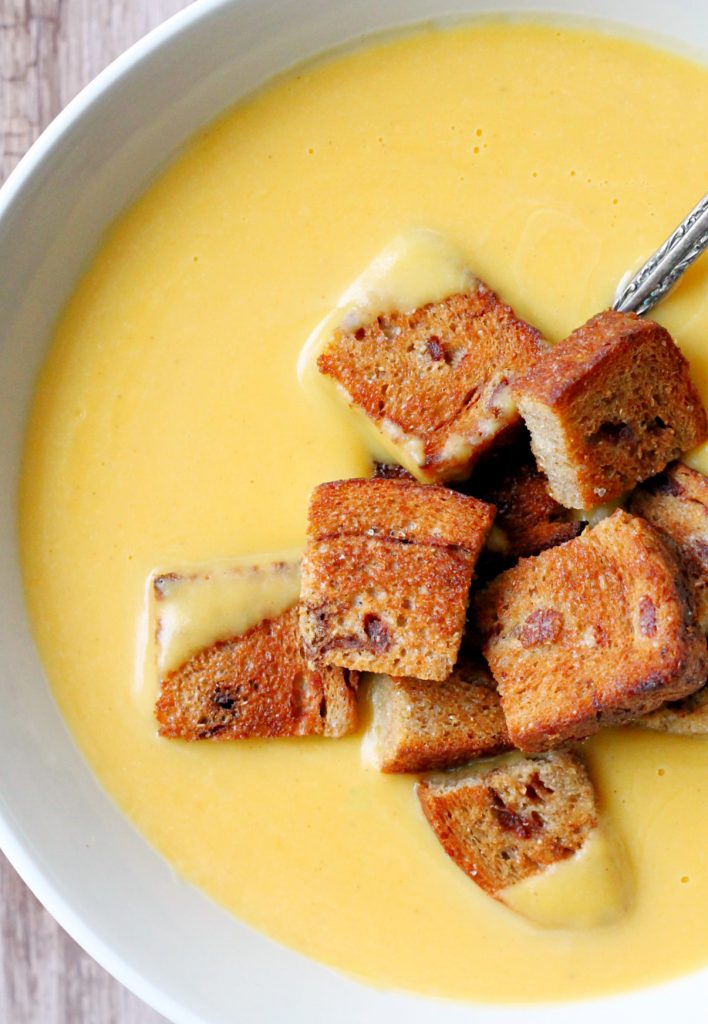 I made some quick cinnamon bread croutons for topping. If you’re feeling really indulgent (and aren’t vegetarian) you could add some crumbled bacon as well. This by far is my favorite way to enjoy fall squash. One of my favorite comfort foods for sure! 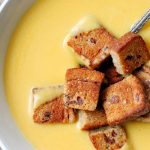 This recipe is part of Food Networks’ Fall Fest SOUP recipe roundup. For other tasty soup recipes check out the links below: