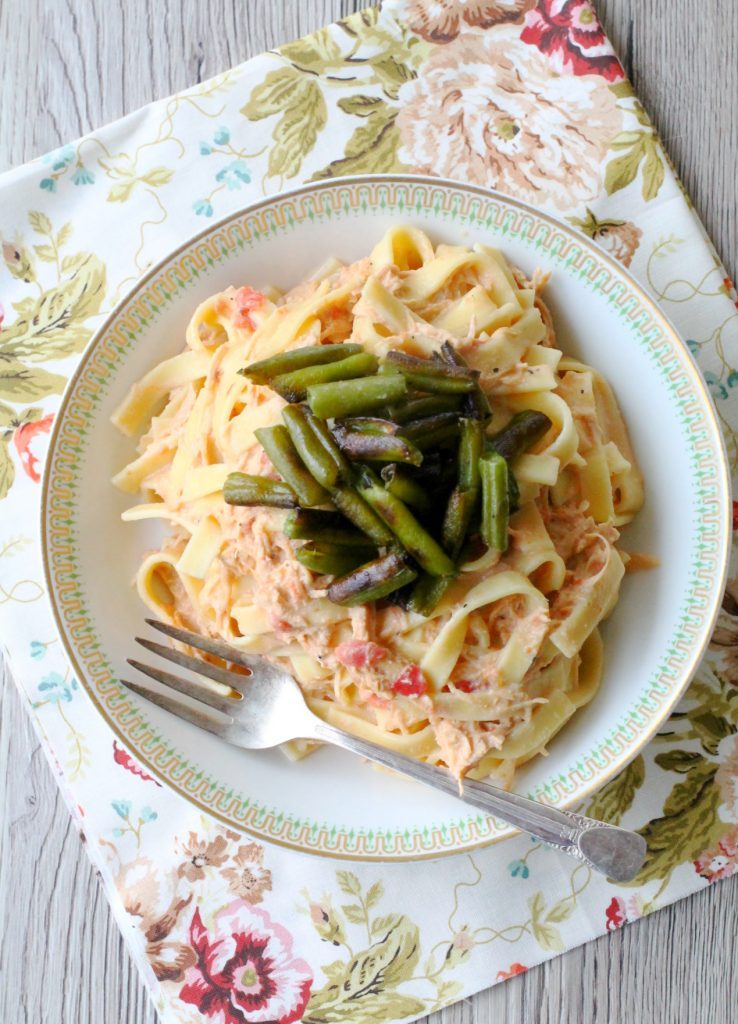 This is a slow cooker recipe. It’s also kind of a think outside the box recipe. You’re probably wondering how green beans can be considered croutons. It’s kind of a loose interpretation but I did sauté them in olive oil to make them brown and crispy. And croutons are crispy, right?

If I have a (minor) complaint about slow cooker recipes it’s that the texture of the food is relatively uniform in its softness. There’s not usually any crunch. So I decided I wanted a slight crunch aspect to this otherwise soft noodle dish…plus a little something unexpected is just fun. 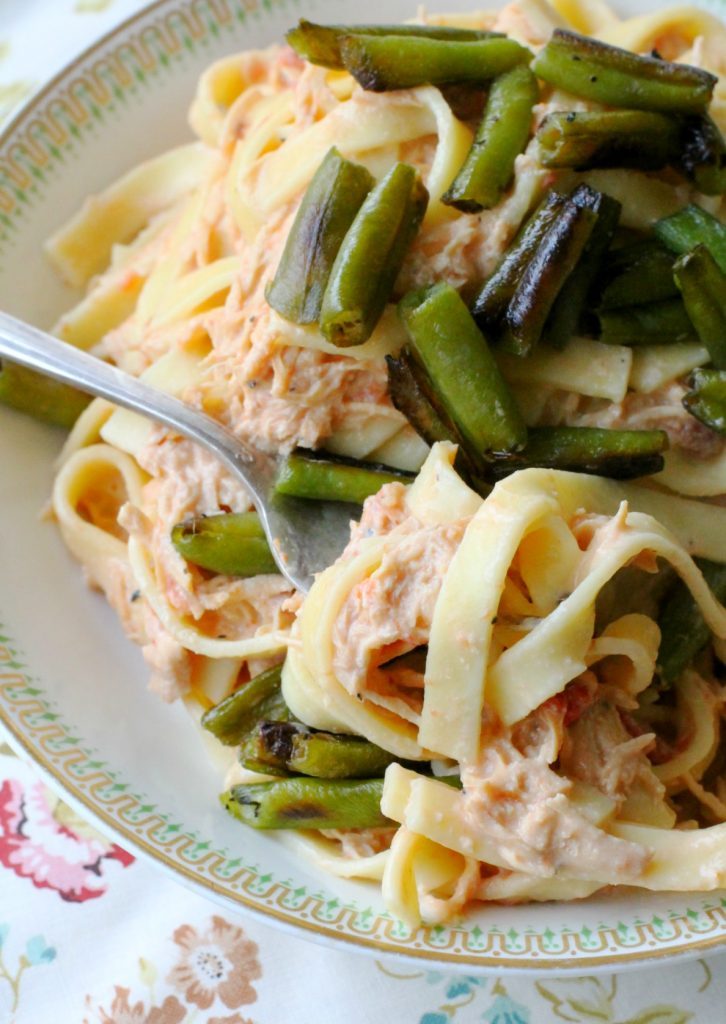 Also, chicken and noodles aren’t usually Italian. Again I wanted something a little different. So I used a packet of Good Seasons Italian dressing, plus some diced tomatoes to season the broth and cream cheese enveloping the chicken. I like egg noodles because they stand up better being kept warm in a slow cooker than regular pasta does. Once pasta goes past its “al dente” phase it gets gluey and weird.

The kids LOVED this meal. Hannah is already asking when I’ll make it again and Caleb inhaled it after swim practice. He basically inhales most everything these days, but he’ll let me know if he doesn’t like it. And he liked this. Another weeknight favorite from the slow cooker that makes my life a little easier.