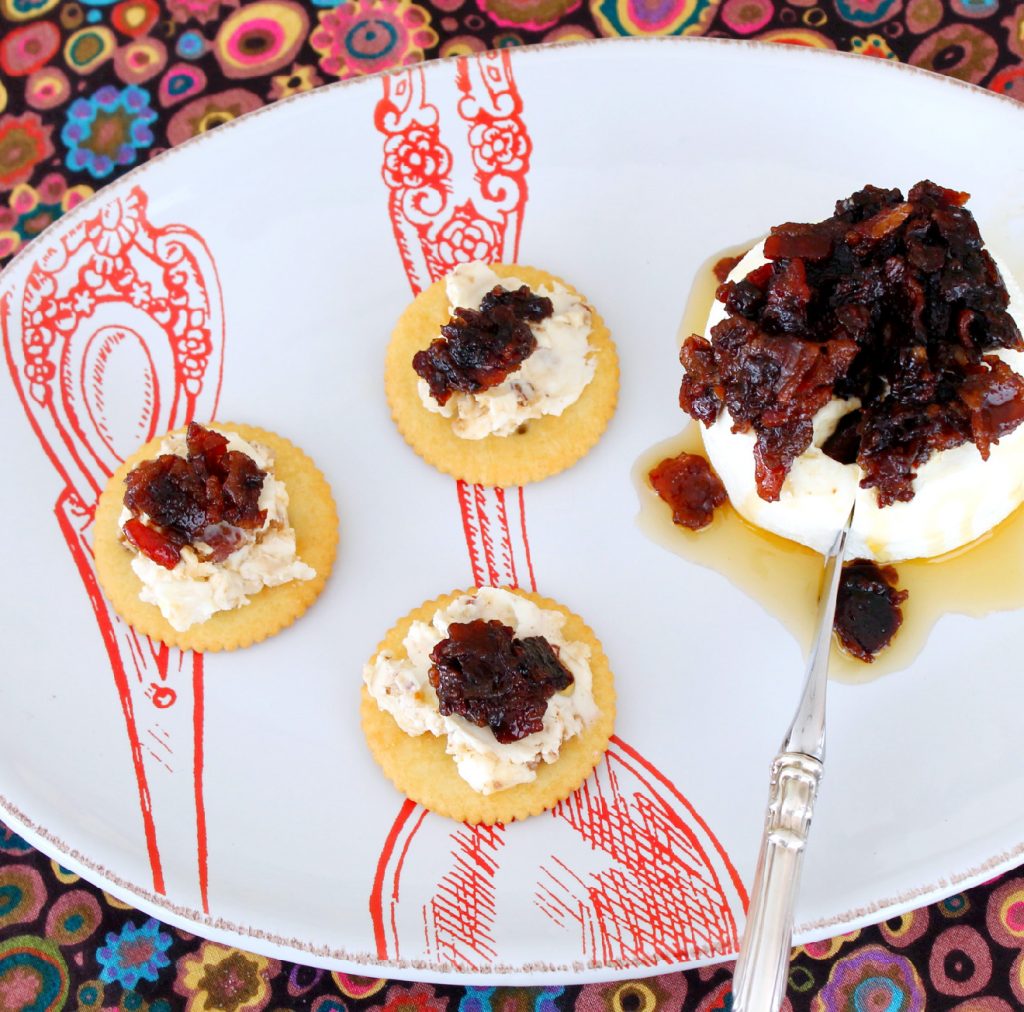 Bacon Jam has apparently been a “thing” for quite some time now. But I live in Cincinnati, Ohio, so I’m excused from not having posted about it until now. If you’ve ever heard the quote attributed to Mark Twain {although I could not verify in an on-line search that he actually said it}, “When the end of the world comes I want to be in Cincinnati because it’s always twenty years behind the times,” then you know what I’m talking about. I love my adopted hometown, I really do… but in many ways this kinda rings true, no matter who said it. Although I’d be kinder and say it’s more like five or ten years than twenty.

I’d contemplated making bacon jam before, but one look at the ingredient list in most recipes I searched gave me pause. It’s a whole pound of bacon, including the fat, accented with a few yummy flavors, and that’s it. Now I love bacon as much as the next girl but it seemed extreme even for me. My excuse was to make it into an appetizer, served over cream cheese on crackers, for a crowd. That way portion control was guaranteed because left to my own bad habits, too much bacon jam would have ended up as my dinner.

I made some minor changes to the original recipe courtesy of The Seaside Baker. I drained over half the bacon grease out of the pot instead of keeping it all. And I was a bit lazy and decided not to process it at the end in a food processor. By not doing that, you’ll need to heat the jam a bit {if it’s been refrigerated} in the microwave for a few seconds to un-coagulate {is that a word?} the fat. But I liked the chunky consistency and the flavor was outstanding.

Turns out, this bacon jam makes an impressive appetizer to serve your friends… especially now that it’s tailgating season. Enjoy!