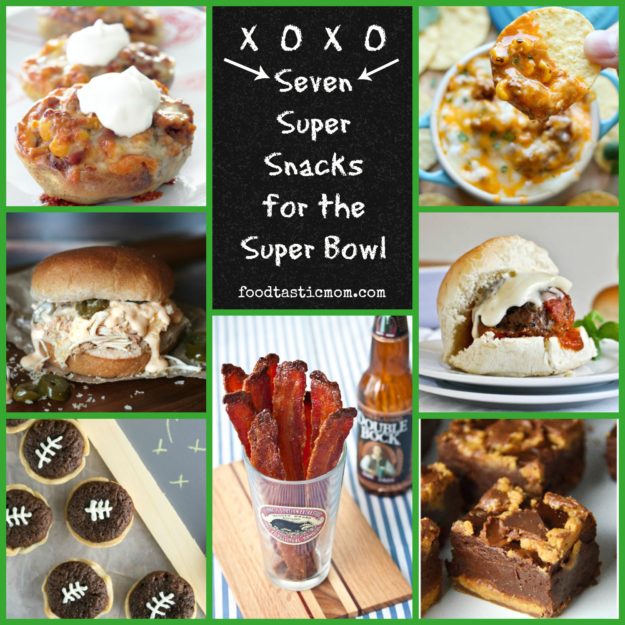 I am a sometimes football fan. I do enjoy the game. I did marry a college football player {offensive lineman} who then coached high school football for many years. I do have a son who dreams of being the Bengals quarterback someday, even though dad {wisely, I think} won’t let him try playing on a team until the seventh grade.

We’ll be partying it up for the second year in a row at our friends’ the Lee’s next Sunday. I’m personally contributing a recipe for Crab Rangoon Dip, and I will post it on here later, because I first had it at my friend Ali’s house on New Year’s Eve and it was awesome! But in the meantime, I figured it would be helpful to round-up a few recipes I’ve been drooling over, to help you plan your own Super Bowl super food spread. Besides the game, the food’s the best part, right?!

First up is my super quick and easy recipe for crispy potato skins stuffed with turkey and bourbon baked bean chili. These are finished with tons of melty cheese and a cool dollop of sour cream. Everyone loves these! 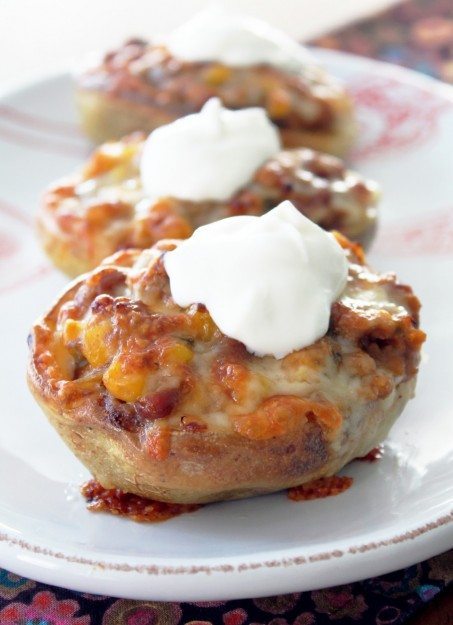 Second, a pulled chicken slider, made in the slow cooker and flavored like a jalapeno popper. Spicy, cheesy goodness, made more substantial with slow-cooked chicken on a bun. Sign me up! 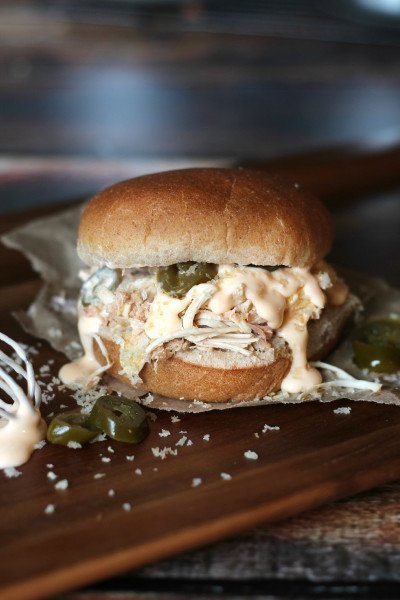 These are by far the cutest football desserts I’ve seen this season. Even my husband could assemble these from Pillsbury Pie Crust and a Ghiradelli Brownie Mix. Foolproof, fun food! 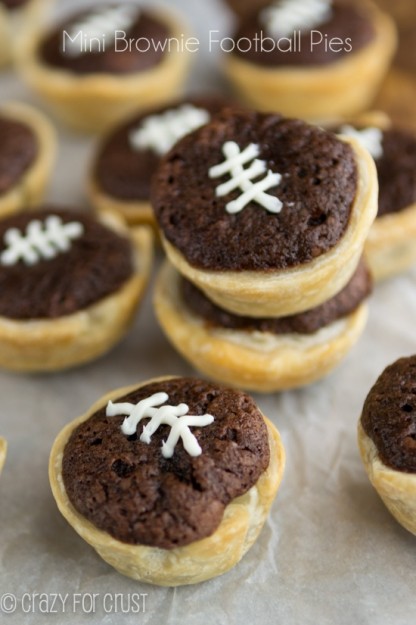 Recipe from Crazy for Crust

Three words: Beer. Candy. Bacon. This appetizer was made for sporting events. 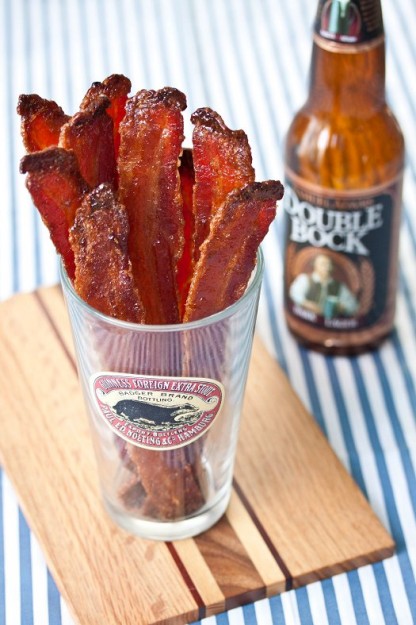 Recipe from Tide and Thyme

This Beef Enchilada Dip looks so drool-worthy, I want to jump through my computer screen and gobble it up. The dip is quick and easy to make as well, another bonus. 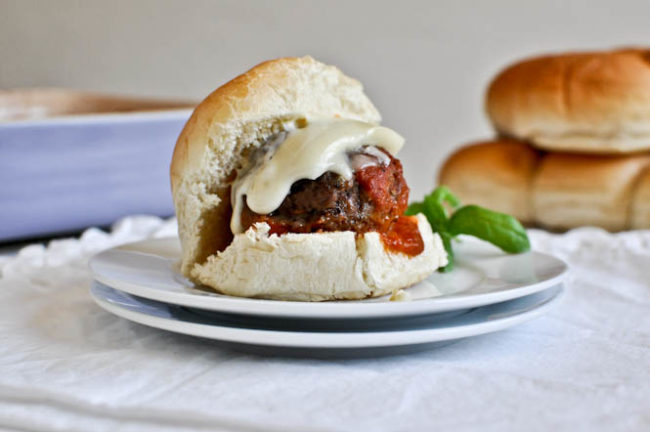 Recipe from How Sweet It Is

And finally, fudge made with Reese’s Cups. My friend Corey brought this to our house for dessert a few weeks ago and it disappeared. Your friends will love it. 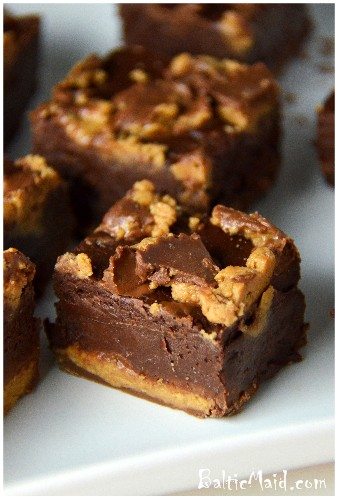